Samsung’s officially brought the Galaxy Tab S3 to India a couple of months after launching the slate at the MWC 2017. The device is up for sale via the company’s website and offline outlets priced at Rs 47990.

The Galaxy Tab S3 has gotten bundled with a few introductory deals to entice potential buyers. One involves a partnership with Reliance Jio to offer subscribers a Double Data 28GB + 28GB scheme at Rs 309. The brand’s additionally promising a onetime screen replacement guarantee which is valid until July 31. There are also some Easy EMI options on offer.

Samsung is trying to market the tablet as a media powerhouse, furnishing it with a quad-speaker system that’s been tuned by AKG. The arrangement ensures that there’s audio coming out from each corner, dynamically changing the direction of the sound depending on the position a user is holding it in. 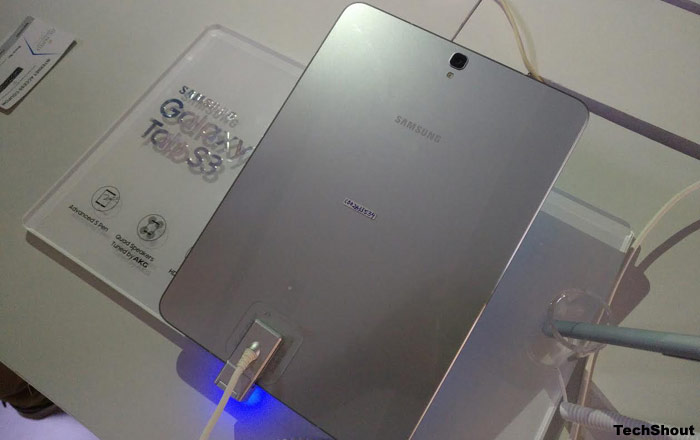 Even the Galaxy Tab S3’s sAMOLED 9.7-inch screen has been given due diligence, with specs like a QXGA (2048 x 1536p) resolution and HDR video playback. The device’s Snapdragon 820 processor has apparently translated to 18% faster CPU performance and 3x faster graphics.

There’s also a 6000mAh battery keeping the lights on, with Samsung claiming that it can last for 12 hours of video watching. The company’s shipping its new S Pen with the tablet. The stylus’ tip has become thinner and more pressure-sensitive, measuring just 0.7mm to ensure a more natural-looking handwriting.

Samsung has only brought the LTE-ready variant of the Galaxy Tab S3 to India. It’s separately selling a Book Cover at Rs 2999 and Keyboard Cover at Rs 8499 to go along with the tablet.