Both the 10.5-inch and 8.4-inch models of the Super AMOLED display-equipped Samsung Galaxy Tab S have landed in India today. And considering their extremely high-end nature and their advanced features, their prices seems quite competitive to us.

While the bigger version of the tablet can be grabbed for Rs 44800, the smaller variant will be going for Rs 37800. The catch is that both the models offer 3G connectivity, but LTE options will be made available later on in the country. Moreover, instead of the Snapdragon 800 setup that’s present in the stateside Tab S variants, these kick in Exynos 5 Octa chipsets, and again, the LTE models are expected to grab Qualcomm-made chips. 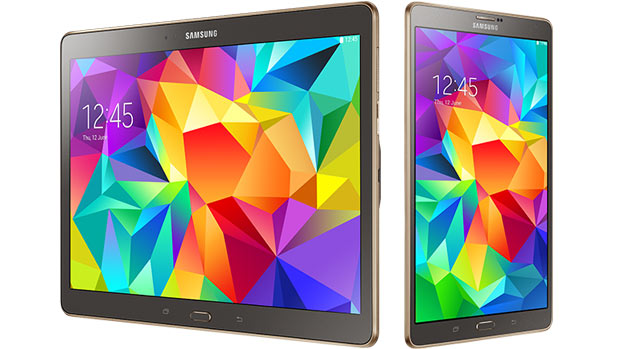 Rest of the features, thankfully are the same, with the most important ones among them being their 2560 x 1600 pixel Super AMOLED displays. They kick in 8MP rear cameras and 2.1MP front snappers, aside from 16GB of storage and expandability of up to 128GB.

Here’s a neat look at the specs of the Samsung Galaxy Tab S range:

Grabbing design cues from the Galaxy S5, the Tab S range offers a fingerprint scanner as well as a perforated back panel. Both models run the Android 4.4 KitKat OS and feature the familiar Samsung TouchWiz layer on top of the base Google software.

The Samsung Galaxy Tab S is competing directly with the iPad Air, with its thin size and its high-resolution display. Let’s see how this battle goes now.