Remember when we said that Samsung is reportedly cutting down its ridiculously vast device portfolio? Well, that doesn’t look to be the case as the company is slowly adding more smartphone and tablet lineups and the Galaxy Tab A and A Plus series are the latest to popup. Both will fall in the mid-range category and we’ve got quite a lot of information on them to share.

SamMobile is reporting that the Samsung Galaxy Tab A and A Plus will arrive in 8- and 9.7-inch designs and both series will offer similar hardware. So why make two lineups, you might ask? Well, the latter will have one extra feature which is the S Pen and there might also be more RAM onboard these models. The former will apparently have 1.5GB of system memory, while the Plus versions will have 2GB. 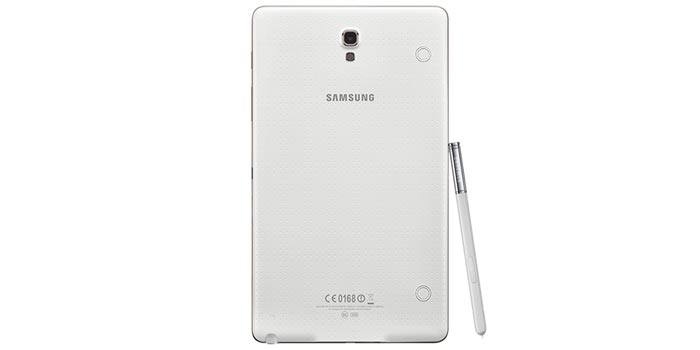 Higher RAM on the Tab A Plus is a wise choice considering that Samsung will be bundling the tablets with stylus related software. The report goes on to say that the new slates will have iPad-like display which are basically screens with 4:3 aspect ratio.

Visuals are going to be at 1024 x 768 pixel resolution and we’ll probably see LCD panels here instead of AMOLED. The 8-inch models will also have a 64-bit 1.2GHz quad core Snapdragon 410 SOC, a 2MP front camera, a 5MP rear shooter, 16GB of internal storage and a 4200mAh battery. The 9.7-inch variants will carry most of these features, but with a few improvements.

They include a 1.2GHz Qualcomm APQ8016 chipset which is yet to be officially revealed and a 6000mAh battery. And as usual, Samsung will be offering these tablets in Wi-Fi-only and cellular (LTE and HSPA+) options.

There’s no word on when the Samsung Galaxy Tab A and A Plus slates will go official, but the MWC 2015 is most likely the venue.