Along with smartphone series, Samsung is also adding new tablet lineups and the Galaxy Tab A range is the first. The fresh portfolio has been officially launched by the South Korean company and Russia is on the receiving end of the two slates which offer 8-inch and 9.7-inch displays.

The new Samsung Galaxy Tab A series is a bit different from the original lineup. Of course, the new slates look just like any other tablet from the company, with a few visual changes to give them distinguishable features. The latest range basically shows a new direction for the OEM as they drop the standard wide-screen 16:9 layout for a more squarish 4:3 aspect ratio like what you’d find on the iPad. 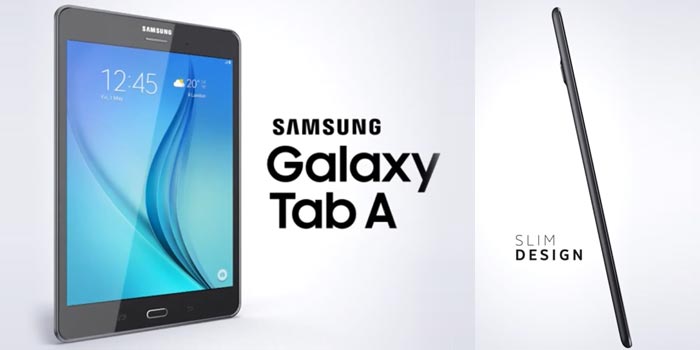 The broader screens are great for reading and browsing websites, but watching movies formatted for 16:9 is where the downside is as the entire panel will not be used. Additionally, the Samsung tablets come with 64-bit processors based on the Cortex A53 design from ARM. The exact make and model of the SOC isn’t known as yet.

The Galaxy Tab A series will be just 7.5mm thin and offer visuals at 1024 x 768 pixel resolution. There will be 4G LTE connectivity and it looks like voice calling is also onboard as an earpiece is visible just above the display. 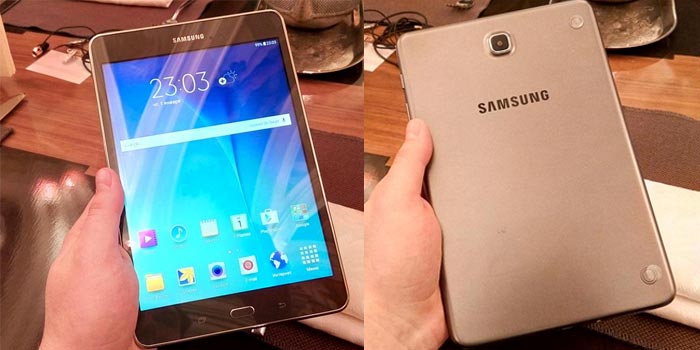 SamMobile is reporting based on information provided by All About Phones that the Samsung Galaxy Tab A series will be priced at around €300 and go on sale in blue and gold colors later this year.