Samsung has broken its yearly launch tradition by making the Galaxy Tab 4 series official a couple of months early. As expected, the new lineup comes in three editions, 7-inch, 8-inch and 10.1-inch, and they all have upgraded specs.

The company will continue to offer its affordable tablets in Wi-Fi only and cellular models which support 3G HSPA+ and 4G LTE networks. All versions of the Samsung Galaxy Tab 4 come with a WXGA HD display with 16:10 aspect ratio and they’re powered by 1.2GHz quad core processors which we’re assuming is based on the Cortex A7 design. You also get Android 4.4 KitKat out of the box along with Samsung’s own TouchWiz UI and exclusive apps such as Link, WatchON, Group Play, Multi Window and many more. 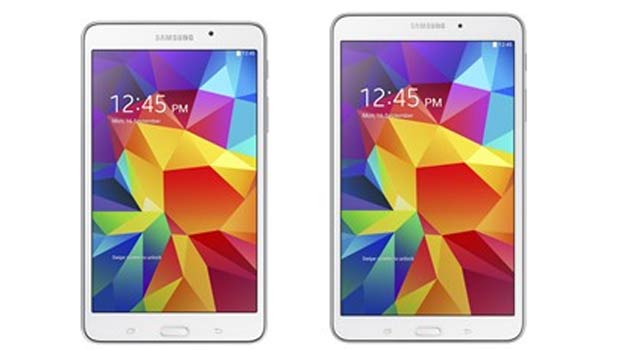 According to Samsung, the Galaxy Tab 4 series is aimed towards entertainment and the overall form factor has been tweaked to deliver a premium and portable design. As seen in previously leaked images, the tablets now have harder curves and a small bezel running along the sides. You’ll also be treated to physical hardware buttons instead of on-screen ones.

The 10.1-inch and 8-inch versions come with 16GB of storage, while the 7-inch Samsung Galaxy Tab 4 has an 8GB option as well. Lastly, the largest variant has a 6800mAh battery and the middle one a 4450mAh power pack. 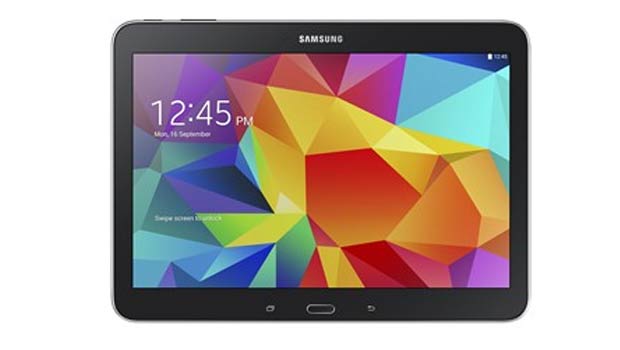 Samsung notes that the Galaxy Tab 4 series will go on sale globally this quarter in black and white shades, but has not mentioned any price or precise release date.

Here are the common specs: