Samsung has announced that its Galaxy Tab 4 series is now headed to the US and it will hit shelves at the start of next month. Both Wi-Fi and cellular models will be available through retailers and carriers in 7-, 8- and 10.1-inch options.

The Samsung Galaxy Tab 4 series made its debut earlier than expected and it is quite a nice improvement over the previous releases. The new models come with Android 4.4 KitKat out of the box and they feature faster processors along with high resolution displays. WXGA (1280 x 800p) resolution is standard for all variants and they each sport 1.2GHz quad core chipsets. The 7-inch LTE version, however, has a 1.4GHz SOC. 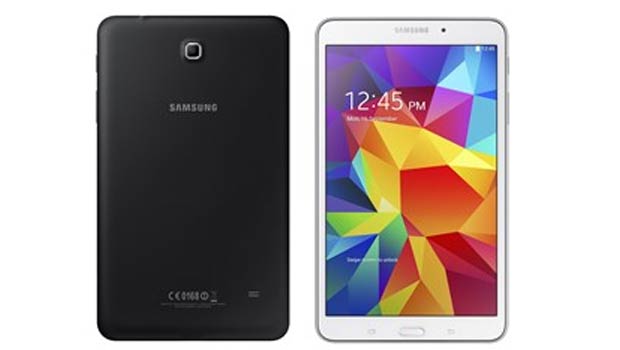 The tablet dons a 3MP rear camera and a 1.3MP front lens along with 1.5GB of RAM and storage options of 8GB and 16GB. Coming to the 8-inch Galaxy Tab 4, this slate has a lot in common with the smaller variant. It has the same amount of system memory and the same cameras. The internal storage here is 16GB and there’s a microSDXC card slot for expansions. The device also sports a 4450mAh battery.

Coming to the 10.1-inch model, you get 1.5GB of RAM, 16GB of storage, dual cameras and a 6800mAh battery. The Samsung Galaxy Tab 4 series features the TouchWiz UI along with numerous enhancements from the company. They include features such as WatchON, Group Play, Link, Multi Window, ChatON and more. 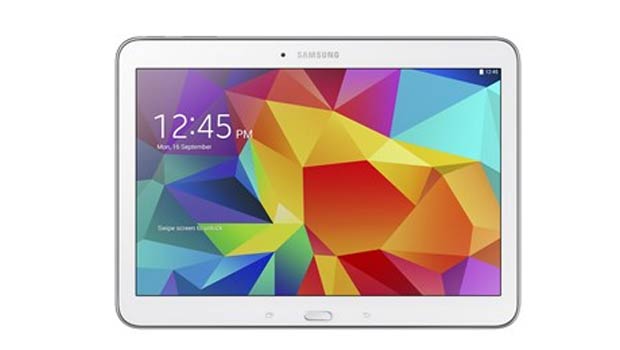 The Samsung Galaxy Tab 4 series will go on sale starting May 1 through major retailers such as Best Buy, OfficeMax, Office Depot, Best Buy, Amazon, Fry’s, PC Richard and Son, Sears and Tiger Direct. The tablets will also be available through the company’s online store and carriers such as AT&T, T-Mobile, Sprint and Verizon. The 7-inch model costs $199.99, while the 8-inch and 10.1-inch options are tagged at $269.99 and $349.99, respectively.