Banish any doubts about Samsung releasing a Galaxy Tab 4 lineup this year. The company has accidentally leaked its plans to launch successors to the Galaxy Tab 3 series on its Gear Fit smartwatch product page.

The notes on the Gear Fit’s compatibility with 20 device models include the Samsung Galaxy Tab 4 7.0, 8.0 and 10.1. When the manufacturing company itself has revealed these details, there’s very little reason to suspect the authenticity of the news, don’t you think? 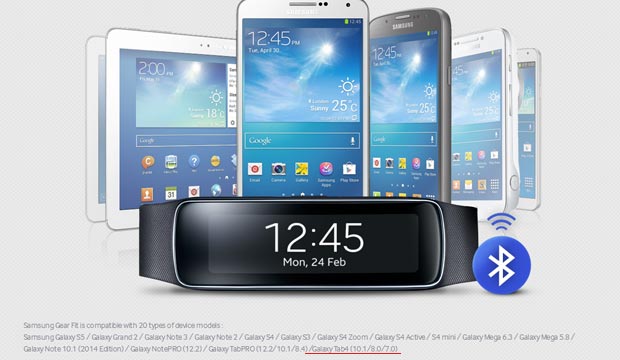 Android Central feels it’s safe to assume we’ll be seeing the new tablets sooner rather than later. There’s no word on the specifications, of course; but we at least now know that Samsung will be continuing to churn out these slabs of Android.

And why shouldn’t it? According to Gartner’s latest report, the South Korean brand’s tablet sales captured 19.1% of the market in the fourth quarter of 2013. It had just 7.4% of the market share during the corresponding period in 2012.

The figures point to Samsung having achieved 336% in growth as a tablet vendor last year. So no chance of it slowing down. It stands second to only Apple currently. Gartner says companies will need to focus on device experience, meaningful technology and ecosystem value in 2014. 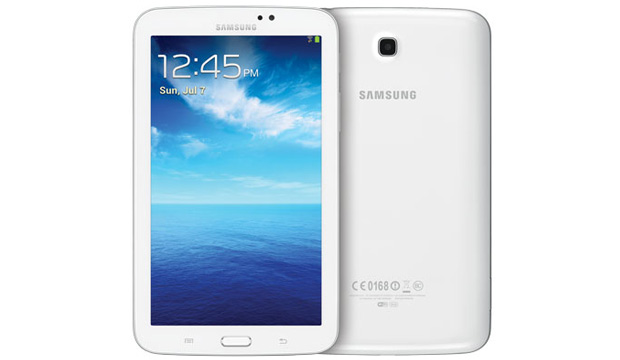 Samsung’s already started on a strong footing with regards to this if you consider its Galaxy S5 freebies. It will hopefully put as much thought and consideration into its upcoming tablet range too. We’re keeping our eyes peeled.

The only spec we can be sure of when talking about the Galaxy Tab 4 is that it will come in 7-inch, 8-inch and 10-inch screen sizes. Let’s wait for more.