Word around town is that along with the Galaxy S5, MWC will also be seeing Samsung unveil the Galaxy Tab 4 10.1, Tab 4 8.0 and Tab 4 7.0 as its yearly trio of mid-range tablets. Providing impetus to this news, two among the three above mentioned slates have been spotted in FCC documents already.

Models named SM-T530 and SM-T330 have been found by Phone Arena, and have almost been confirmed to be the Samsung Galaxy Tab 4 10.1 and the Tab 4 8.0. As their names imply, these two tablets carry on them 10.1-inch and 8-inch screens, respectively. And unlike the Tab Pro which features advanced specs, these slabs will be grabbing modest attributes to sell themselves at lower prices. 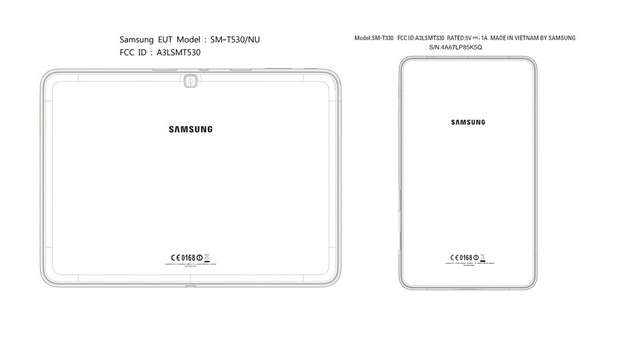 Reportedly, both the Samsung Galaxy Tab 4 10.1 and the Tab 4 8.0 feature 1280 x 800 pixel displays. They apparently grab hold of Android 4.4 KitKat and are most certain to feature the latest version of Samsung’s TouchWiz user interface. Both have been infused with quad core 1.2GHz Snapdragon 400 processors and 16GB of internal memory modules which will be expandable, probably up to 64GB. The two models which were seen at FCC were Wi-Fi-only.

All details regarding the Samsung Galaxy Tab 4 10.1, Tab 4 8.0 and Tab 7.0 are expected to be cleared during the Mobile World Congress event which is poised to be a biggie thanks to most company’s worldwide having reserved their press keynotes for it.