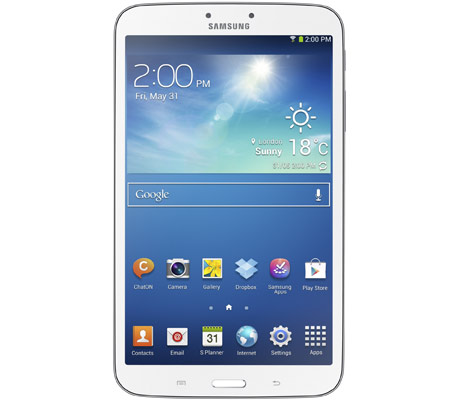 Samsung is back to its usual task of churning out Android slates with the Galaxy Tab 3 8-inch and 10.1-inch devices. It’s just the South Korean manufacturer going about its routine business and there’s nothing much to gawk at when it comes to either product. But since sales of tablets are on the rise, it probably makes sense to have all the bases covered.

The 8-inch form factor of the smaller of the pair means holding it in one hand for a long period of time shouldn’t be too painful. The entertainment capabilities are enhanced by Sound Alive for Audio and Dolby Surround for Video Play. The company seems keen on selling its talent as an eReader and the buttons on the front are also placed along the shorter border of the 8-inch, 1280 x 800p touchscreen. In fact, it looks very much like its 7-inch Galaxy cousin which was launched back in April.

The new Galaxy tablet arrives with Reading mode intelligence that’s meant to optimize the display illumination for various lighting situations and deliver almost paper-like readability. Users will also be able to avail of a suite of onboard services such as S Translator, S Travel, Pop up Video and so on. Its other key specs cover Android 4.2, a 1.5GHz dual core processor, 5MP and 1.3MP cameras, Wi-Fi, 3G, LTE, 1.5GB RAM, 16GB/32GB internal memory and up to 64GB expandability. 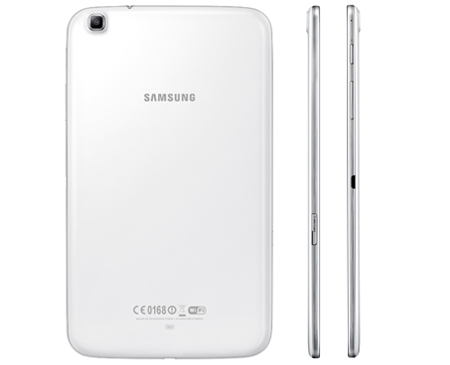 Next comes the Galaxy slate with the 10.1-inch 1280 x 800p touchscreen and 1.6GHz dual core processor at its heart. While it’s clear that people are going to have PCs and home entertainment systems at the center stage and buy tablets too, positioning the largish slab as one for the whole family doesn’t make much sense. In this case, Samsung’s calling it a gaming unit for children and a media control peripheral for parents. Not many people we know would even consider it as a ‘community device,’ MHL and Smart Remote technology or not. 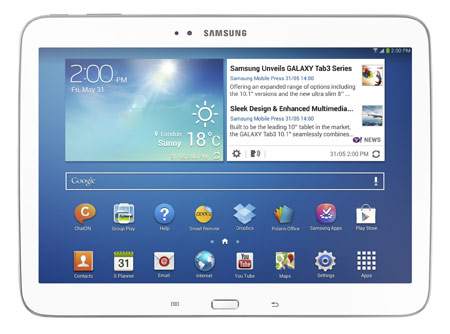 The main specifications of 10-inch Galaxy device cover the Android Jelly Bean OS, 1GB of RAM and 16GB or 32GB hoarding space. For those who need more room for their music, movies, photos, videos and what not, there’s a built-in microSD slot which take a card of up to 64GB. Potential users can look forward to surfing on 3G, LTE and Wi-Fi, of course. It carries a basic 3MP camera on the rear panel and a 1.3MP lens on the front. As compared to its more modestly proportioned partner, it is fitted with a 6800mAh Li-ion battery instead of a 4450mAh one. 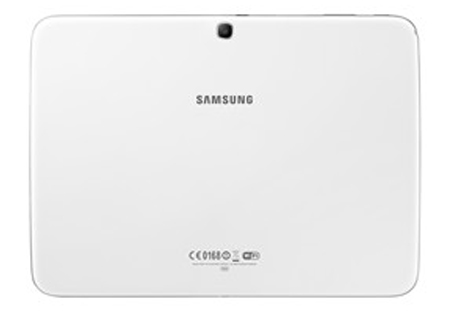 There’s no word on when the Samsung Galaxy Tab 3 10.1-inch or 8-inch devices will be released. Neither do we know anything about the prices except from an unofficial source we reported a few days ago. According to that story, interested parties will have to pony up $329.99 and $379.99 for the 8.0 and its bigger sibling, respectively.