Samsung Galaxy Tab 3 8.0, 10.1 price in US disclosed by online retailer 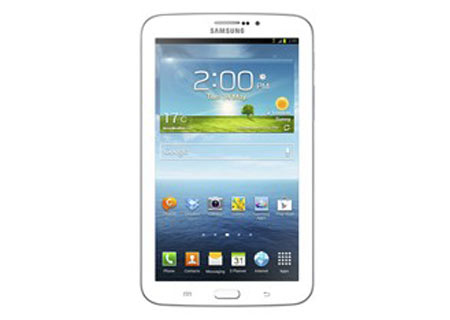 The Samsung Galaxy Tab 3 8.0 and 10.1 are yet to be announced in the US, but it looks like an online retailer is one step ahead of the conglomerate by listing both tablets with a price. So far, only the 7-inch version which is rumored to go on sale for $199.99 has gone official from the company, albeit availability details are still scarce.

The Galaxy Tab 3 8.0 and 10.1 slates made a splash in the rumor mill back in April where a report confirmed the existence of both devices along with a few specifications. And earlier this month, a lot more details about the smaller version were leaked. So let’s get to it – The display panel employed here will proffer WXVGA 1280 x 800p resolution. The tablet is expected to arrive in 2 versions, one Wi-Fi-only (SM-T311) and the other with cellular support (SM-T310).

The Android 4.2.2 platform will be presented to users out of the box. Getting things done will be a dual core Exynos 4412 processor with a clock speed of 1.5GHz. Where memory is concerned, the slate is expected to supply 1.5GB of RAM, 16GB flash storage and a microSD card slot that supports up to 64GB. Also fitted within dimensions of 209.3mm x 122.2mm x 6.95mm are dual cameras, a 1.3MP webcam and a 5MP snapper, as well as a 4450mAh Li-ion battery. 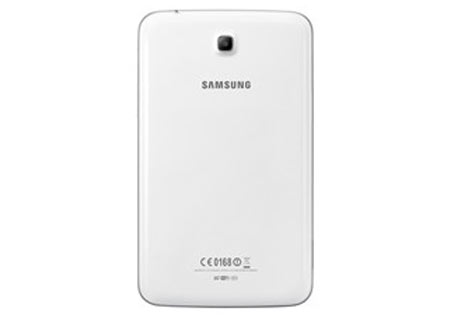 Apart from the 2 aforementioned slates, the South Korean conglomerate plans on launching a host of other tablets this year. They consist of a Nexus 11 with an octa core SOC, a Tab 11 with mid-end specs, a dual SIM tablet and an 8-inch slate with an AMOLED screen which should be a variant of the one in question.