After landing at AT&T’s doorstep earlier last month along with the MeMO Pad FHD, the Samsung Galaxy Tab 3 7.0 tablet is soon to be available on another US carrier, Sprint. According to the presser, the slate will go up for grabs on Friday which is October 11 at an introductory price of $49.99. The amount is excluding taxes and buyers will have to sign up for a two-year service agreement.

Compared to AT&T’s pricing, the Sprint version is a much cheaper option. The former is offering the Galaxy Tab 3 7.0 at $199.99 on contract or $15 per month with the Next program. The tablet will have 4G LTE and 3G cellular support and you’ll also be able to make voice calls owing to the embedded earpiece. 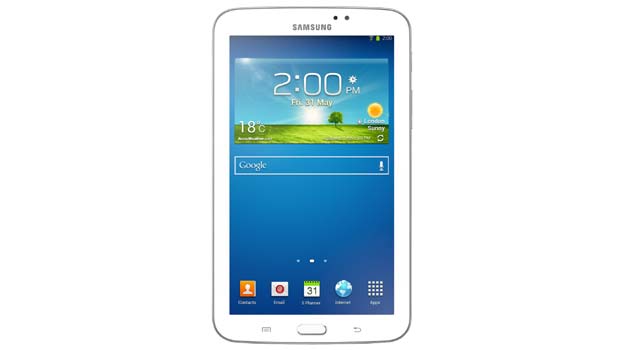 The slate is powered by the Android 4.2 Jelly Bean platform with Samsung’s usual ‘extras.’ Apart from access to Google Play, the device also offers Hub, WatchON and Group Play services. It’s enterprise ready as well, with Samsung’s SAFE. The Galaxy Tab 3 7.0 comes with a 1.7GHz dual core Qualcomm MSM8930AB processor, 1.5GB of RAM which is a small bump from its predecessor, and 16GB of onboard storage.

The Samsung Galaxy Tab 3 7.0 will be available in white through Sprint stores, Business Sales, Web Sales and Telesales. The carrier also plans on launching a midnight black shade sometime during the holidays.