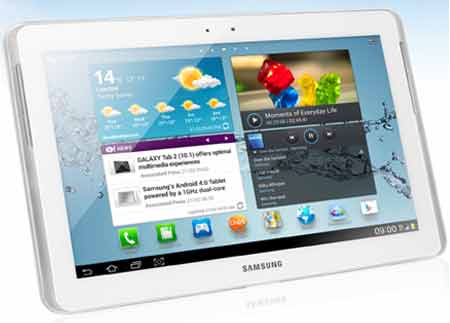 The 4G LTE-enabled Samsung Galaxy Tab 2 7.0 Verizon has announced its availability over 4 months after the device went up for sale in the country through various e-retailers. This affordable 7-inch slate plays successor to previously released Tabs by the South Korean manufacturer and will be up for purchase starting tomorrow.

Powered by a 1.2GHz dual core processor, the tablet treats users to the Ice Cream Sandwich platform. It is said to be capable of offering download and upload speeds of up to 12MBps and 5Mbps, respectively. The slab provides a capacitive multi-touch real estate of 7 inches and employs a 3.2MP rear snapper and a front-mounted VGA webcam. Although it ships with 8GB onboard memory, the embedded expansion slot allows increasing the storage by up to 64GB using a microSD card.

This slate’s wireless communication options include Bluetooth as well as Wi-Fi and it extends support to multiple video file formats. It is also loaded with the company’s SAFE mobility solutions in addition to Microsoft Exchange ActiveSync and features AES 256-bit encryption for protecting saved data. The device is even compatible with VPN and MDM protocols. 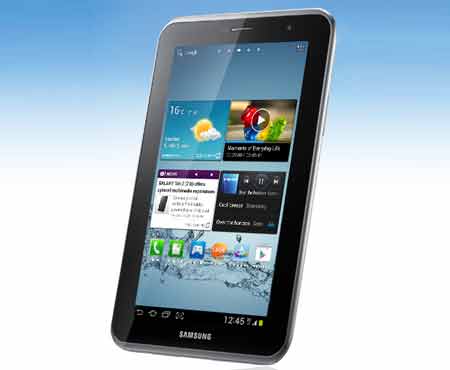 Additionally, the Samsung Tab lets users stay productive on the move as it has been pre-loaded with the Polaris Office app that can open files from Microsoft Word, Excel, PowerPoint, Adobe PDF and more. It even comes installed with a number of other applications like Netflix, Samsung Media Hub, Peel Smart Remote and Amazon Kindle to name a few.

The Samsung Galaxy Tab 2 7.0 Verizon price stands at $349.99. It requires a qualifying data plan and will be available from August 17 through company-owned retail stores and the carrier’s official website.

Facebook
Twitter
Pinterest
Linkedin
ReddIt
Tumblr
Flip
Previous articleSamsung Galaxy Note 10.1 now available in the US, we sigh with relief
Next articleMotion F5t and C5t Windows 7 tablets are strong on the outside, fast on the inside