A certain 10.1-inch Samsung tablet with the model number SM-T520 has leaked on the web and the speculation suggests that it will be a part of the Galaxy Tab range of the South Korean company. Apart from this, there are a few more devices in the pipeline such as the Galaxy Note Pro 12.2, Note 3 Lite, Grand Neo and Galaxy S5 amongst others.

There obviously has been no official confirmation, but the guys over at G4Games came across the slate on the AnTuTu website which revealed some of the details pertaining to it. Apparently, the device will bring some high-end features and its 10.1-inch screen is expected to be capable of rendering high quality visuals in a resolution of 2560 x 1600 pixels. 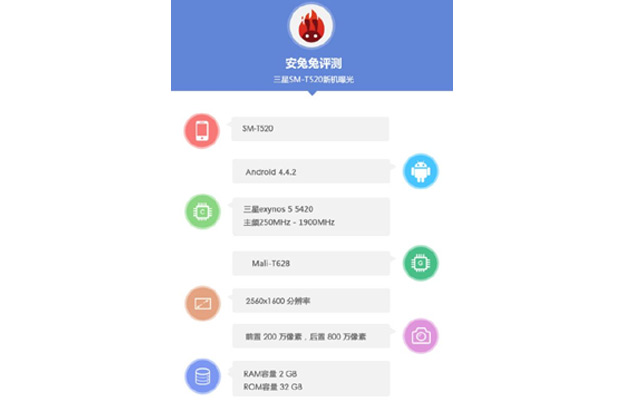 What is most likely to catch users’ attention is the rumor that the device will make the most of the Android KitKat OS’ version 4.4.2. An Exynos 5420 processor could be responsible for maintaining smooth multitasking at all times and the aforementioned site says that a software update will be released in the future to turn this SoC into a true octa core one.

A powerful chipset will require a considerable amount of RAM for smooth navigation purposes and thus Samsung has deployed 2 gigabytes of system memory in it. Along with this, interested customers can look forward to 32GB of onboard memory, an 8MP camera as well as a 2MP webcam. 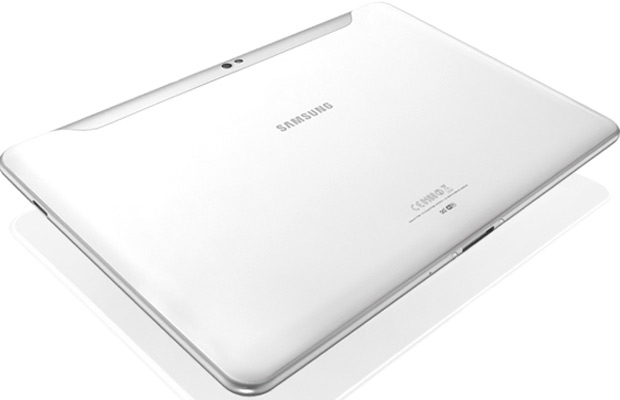 We may witness the launch of the Samsung Galaxy Tab 10.1 SM-T520 at the CES or MWC to be held in January and February, respectively.

Purported specifications of the tablet: