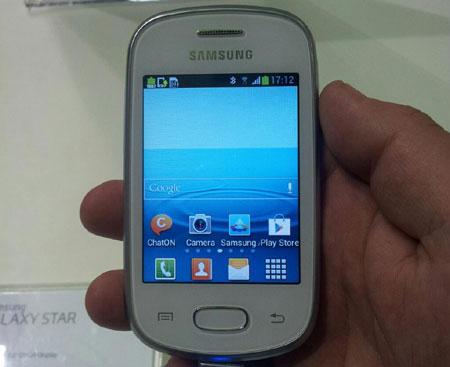 The Samsung Galaxy Star and Galaxy Pocket Neo, it seems, have been officially announced for Africa, although it isn’t known if the gadgets are on sale in the region. Both will be entry-level devices and were spotted making appearances at the Samsung Forum in South Africa. Now the two new handsets may be very low-end, but both are supposed to run on Android Jelly Bean.

It is thought, the Galaxy Star (pictured above) comes with a 3-inch touch screen of QVGA resolution, but it will be limited to work on 2G networks with EDGE connectivity. Even though it seems to target first-time smartphone buyers (with Android 4.1 no less), it is supposed to have 4GB of internal memory, no small offering. Keeping the device running smoothly should be 512MB of RAM, while a 2MP camera rounds up the other hardware features.

On the other hand, the Galaxy Pocket Neo (seen in the image directly below), will be able to latch on to slightly enhanced networks, and will have 7.2Mbps HSDPA connectivity, according to a report from SammyHub. This device will also have a 3-inch QVGA display delivering visuals to users and a 2MP camera for photography needs. Commanding operations will be an 850MHz processor and 512MB of RAM, with 4GB of internal storage space for content. Wi-Fi, Bluetooth 4.0 and USB 2.0 connectivity should also be present. 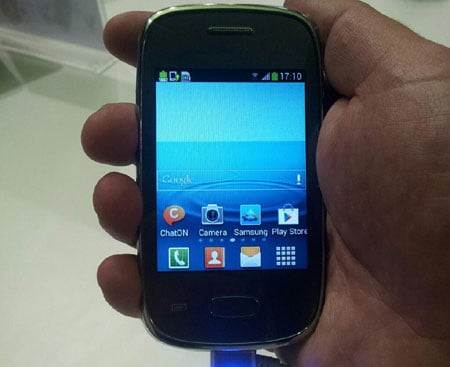 Both will have dual SIM capabilities, and from the looks of it, that could be always on functionality. It is not immediately apparent whether either will have memory expansion options, but we could hear more in time. All this information comes from the Twitter account of South African blogger Liron Segev, who attended the event.

The South Korean manufacturer has been on quite a roll, especially in emerging markets like India, for which it recently unveiled the Rex line of phones. Three devices in this series come with screens of the same QVGA resolution that the present bit of news tags along.

There was a rumor of the Samsung Galaxy Pocket Neo just last week which said it would reach markets in both single and dual SIM variants. The Galaxy Star meanwhile came out via a benchmark along with a few other devices all the way back at the beginning February.