Samsung has one too many Android KitKat phones and it’s soon to add another option with the Galaxy Star Advance G350E arriving in India. A local retailer recently disclosed the devices availability, its specs which are mediocre, and a Rs 7299 price.

Mahesh Telecom posted this information on Facebook stating that the Samsung Galaxy Star Advance G350E is already on sale. The Korean giant is yet to officially disclose the phone’s existence, but we’re most likely to see it hit a few online stores before. 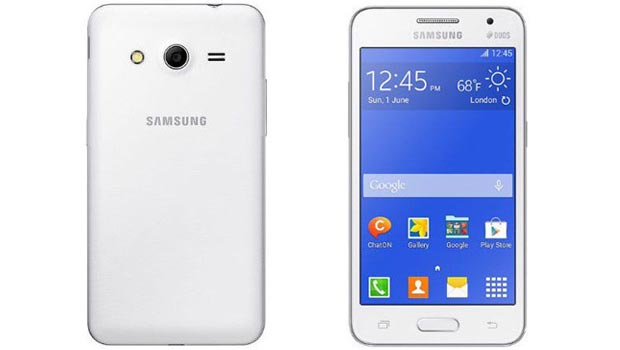 The above image is of the recently launched Galaxy Core 2 handset as there’s no official render of the phone as yet. But knowing Samsung, we wouldn’t expect the upcoming device to look much different than the one in the picture. The smartphone is expected to go official with a 4.3-inch display offering WVGA resolution and a single 3MP camera on the rear with LED flash.

The handset will be dual SIM enabled and support HSPA+ 3G networks. Apart from this, there’s a 1.2GHz processor on board, but no mention of it being dual or quad core. Memory is taken care of by 512MB RAM, 4GB storage and a microSD card slot.

For now, we have no confirmation of when the Samsung Galaxy Star Advance G350E will go official, but considering that it has already reached retail stores, the wait shouldn’t be long. You can expect to see it debut early next week.