Samsung is gearing up to launch something new in India and we’re probably going to see the Galaxy A series make its much awaited debut. Invites for an event scheduled for tomorrow have started going out and while it doesn’t mention any specific handset or range, the company has dropped a hit.

BGR India notes that the tagline reads ‘an exclusive preview of the latest innovations that bring a confluence of style and technology.’ Clearly, the description is pointing at the Samsung Galaxy A series which comprises of the A3 and A5 smartphones that are both very attractive since they have slim full-metal unibody designs and the latest hardware on the market. 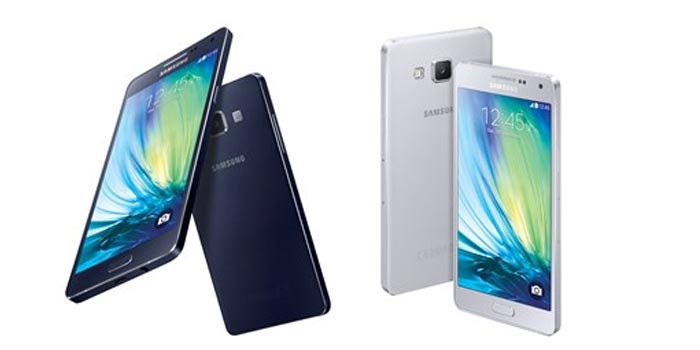 And we highly doubt that Samsung is referring to its first Tizen smartphone. The Galaxy A3 and A5 made their debut back in October and are pretty much identical in design. The former is the smaller of the two carrying a 4.5-inch qHD Super AMOLED display.

Also read: Xolo Play 8X-1020 leaks online before company could even announce it

It runs on Android KitKat with processing power delivered from a 64-bit Snapdragon 410 SOC with a 1.2GHz quad core configuration. The Samsung phone also has a 5MP camera on the front and an 8MP rear snapper. For memory, there’s 1GB RAM, 16GB storage and 64GB expandable. The handset is fitted with a 1900mAh battery and it weighs just 110.3 grams.

Here’s what the Samsung Galaxy A5 has to offer:

The Samsung Galaxy A3 and A5 smartphones won’t come cheap considering that they’re being touted as premium options. Tune in tomorrow for price and availability information on both handsets.