Samsung’s finally let the cat out of the bag, releasing an invite for the launch of the Galaxy S9 and Galaxy S9+. As expected, the pair will be arriving on February 25, a day before the MWC 2018 kicks off in Barcelona.

The invite doesn’t give much away, featuring the number 9 and the caption “The Camera. Reimagined.” There has been plenty of talk about the Galaxy S9 and Galaxy S9+’ photography skills over the past few weeks. For one, the latter is probably getting a dual camera setup – a first for the series.

Second, both might get equipped with variable apertures. This will allow the lenses to switch between an aperture of f/1.5 and f/2.4 as the situation requires. For instance, the former would be ideal for a dark environment when more light is needed, while the latter is more suited for a standard day shot where there’s plenty of light to go around. 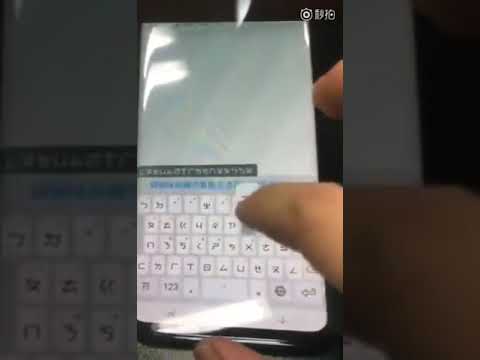 Third, Samsung itself recently announced its latest set of ISOCELL sensors which are probably going to make their way to its flagship pair. Features to be expected include 1080p video recording at 480fps, a gateway to super slow motion footage, and multiple exposures in one photo thanks to the company’s Tetracell technology.

A new video of the Galaxy S9 has also emerged hand-in-hand with the invites. It lasts for just 10 seconds and shows a person testing the touch sensitivity of the alleged handset. It’s hard to tell if this is the real deal or just a regular Galaxy S8 though, since both are said to be identical with the exception of the new model having slightly thinner bezels.