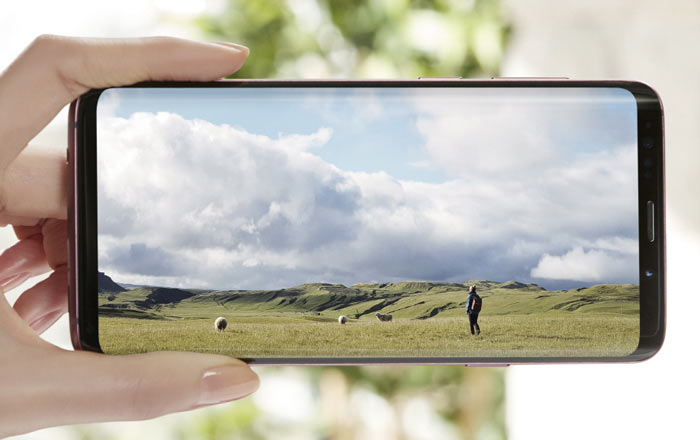 The Samsung Galaxy S9 may not be able to catch up with the iPhone X in terms of speed, but it has bested its rival in the display department. DisplayMate has evaluated the former’s screen and come to the conclusion that it’s the best smartphone panel available in the market.

The iPhone X was awarded the same title when it came out, with DisplayMate singling out Apple’s Precision Display Calibration which allowed for highly accurate visuals. Samsung’s now snatched away the title with a number of record-setting firsts. It wins either way of course, since it manufactured the OLED displays for both the iPhone X and Galaxy S9.

While the Galaxy S8 and Galaxy S9’s screen looks the same to the naked eye, DisplayMate says there are several major display performance improvements. Keys enhancements include the on-screen Absolute Picture Quality and Absolute Color Accuracy which pushed its overall performance to Outstanding levels.

The Galaxy S9 also set a record for Absolute Color Accuracy that is Visually Indistinguishable From Perfect with a score of 0.7 JNCD (Just Noticeable Colour Difference). The 5.8-inch Super AMOLED 1440 x 2960p screen has further gone ahead and broken the previous reflectance score with a 4.4% reflectance level.

This basically means that the Galaxy S9 is the phone to have in bright environments since it’ll be clearly visible even when the sun’s rays are bearing down on the panel, also thanks in part to having the highest peak display brightness. Other categories in which it’s scorched the competition include largest native color gamut and highest contrast ratio.

Its basically perfect performance has accorded the Galaxy S9 an A+ grade from DisplayMate, its highest-ever. All eyes are now on Apple’s next trio of 2018 iPhones and whether they’ll manage to one-up Samsung.