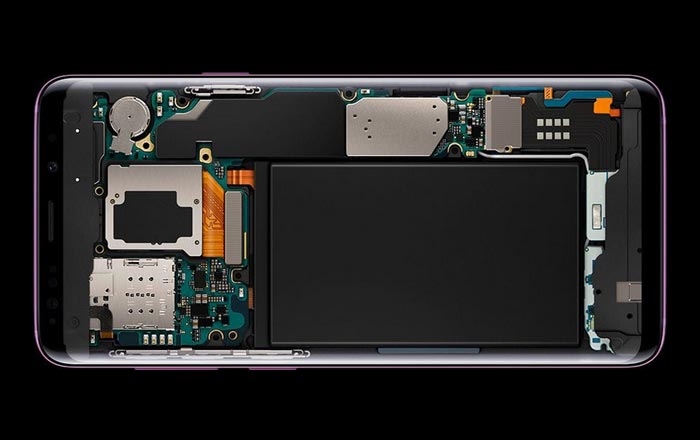 Samsung’s Galaxy S9 and Galaxy S9+ are now out, prompting outlets to inevitably compare it to the iPhone X. Among the sea of comparisons is a new report by AnandTech which comprehensively benchmarks the latter, to surprising results.

To recall, the Galaxy S9+ is being sold in 2 variants. One runs on an Exynos 9810 processor, while the other uses a Snapdragon 845 SoC. The publication put the first through its paces in a series of tests and came away disappointed. The chip did far worse than Apple’s A10 and A11 chipsets which power the iPhone 7/7 Plus and iPhone 8/8 Plus/X, respectively.

It’s bad enough that the iPhone X beat the Galaxy S9+, but the fact that even the older iPhone 7 performed better than it is a big surprise. The Exynos 9810 did do better than the Snapdragon 845 and last year’s Exynos 8895 and Snapdragon 835 though, so Samsung has been able to improve within the Android bracket at least.

Diving into some numbers, the Galaxy S9+ achieved integer and floating point scores of 3734 and 3440, respectively, in its single-core Geekbench 4 test. In comparison, the iPhone X scored 4630 and 3958, respectively, far ahead of its rival.

AnandTech thinks that there might be something wrong with the demo unit he tested as it was barely able to distinguish itself from the Exynos 8895. A Samsung spokesperson later confirmed that the Galaxy S9+ at the showcase was running on a special firmware for the MWC. The phone might not have been optimized as a result.

Samsung’s also planning to tune down the Exynos variant to match the Snapdragon one’s performance. This doesn’t make much sense since the former is already much slower than expected. We’ll just have to wait and see how the market-ready model performs and whether it’s still beaten by the iPhone X.