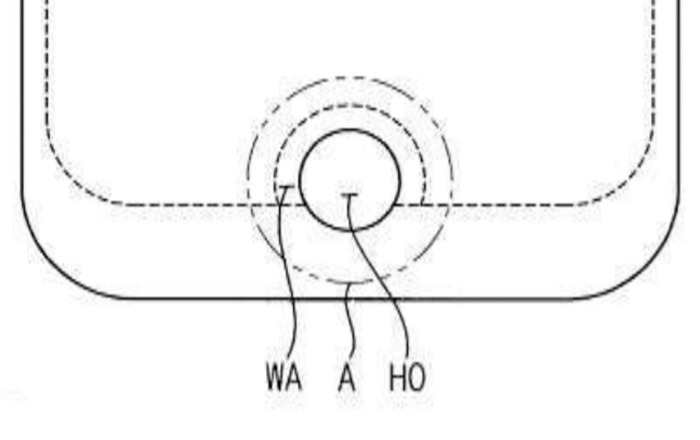 Samsung was widely derided for placing the Galaxy S8 and Galaxy Note 8’s fingerprint sensor at the back next to the rear cameras. A couple of reports had stated that this state of affairs would not change until the Galaxy Note 9, but a recently surfaced patent suggests the Galaxy S9 could break free of this design.

Samsung had filed for an interesting-looking fingerprint scanning patent with South Korea’s KIPRIS authority back in 2016. It’s possible the solution was intended for the Galaxy S8, but had to be scrapped for unknown reasons. The brand will now have enough time to perfect it for the Galaxy S9.

The document describes a small recessed area placed at the front of a device close to the bottom. This region would be the home of a small and very fast fingerprint sensor. Based on the illustrations accompanying the description, it seems Samsung could place it inside a notch.

It seems this notch will be visible and not hidden like under-glass scanners. Of course, the opposite could be true since the patent is light on specific details. There isn’t even a guarantee that it’ll appear on the Galaxy S9.

Even if this concept doesn’t work out, the Galaxy Note 9 may just feature an under-display fingerprint reader. Noted analyst Ming-Chi Kuo predicted as much in a note issued earlier this year, stating that the company was taking the help of Egis and Himax to get this done.

It’ll be interesting to see if Samsung fans will embrace a notch on their Infinity Display or prefer the inconvenient but unobtrusive rear-facing fingerprint scanner.