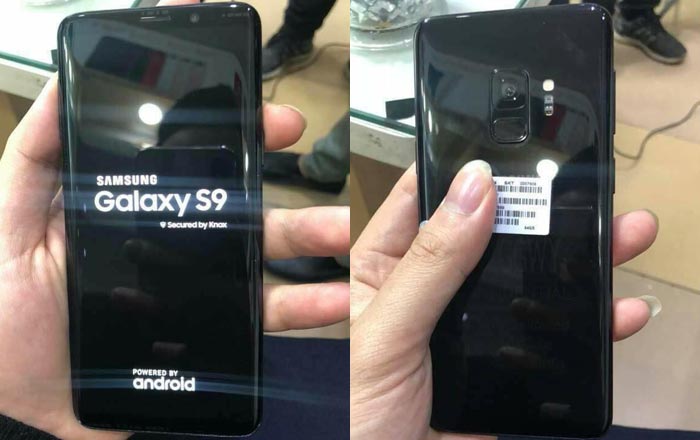 The Galaxy S9 has been leaked in almost every way imaginable, from official press renders to 3D augmented reality photos. Now a fresh leak has something a bit new to offer – hands-on photos of the phone.

Anyone who’s been keeping up with the flood of Galaxy S9 leaks won’t be surprised by the images. They pretty much confirm everything which has been revealed about the phone till date including the Bixby button, single rear camera, fingerprint scanner below the lens instead of besides it, and the nearly bezel-less display, seen here showing the boot-up screen.

The Investor recently revealed just when the Galaxy S9 and Galaxy S9+ are due to hit stores. It seems Samsung has told its South Korean carrier partners that the phone will go up for pre-orders on February 28. Sales will then begin from March 16, so it’ll be a fairly quick turnaround period post the pair’s February 25 launch at the MWC 2018.

Of course, this is for South Korea and global availability may be a tad different. Frequent tipster Roland Quandt took to Twitter a few days ago to share an interesting finding from the country’s lost and found index for phones. It appears the Galaxy S9+ will be sold in a 256GB variant.

Again, it’s not clear whether this model will be vended worldwide or only in a few select markets. The Galaxy S9 has only been listed in a 64GB iteration, but there are some reports out there which indicate that a 128GB option may also be in the works.