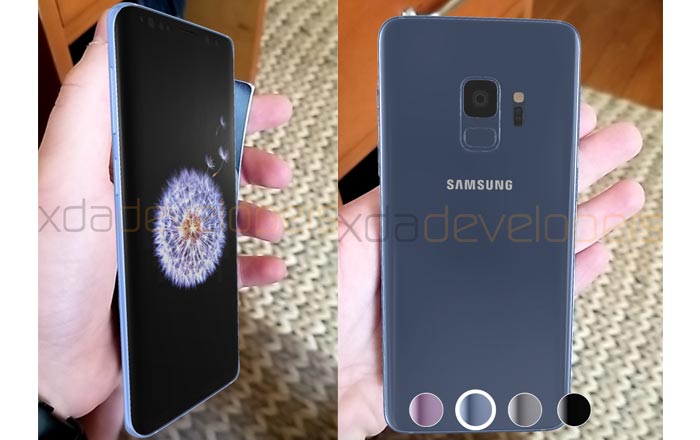 Numerous leaks over the past few weeks have painted a pretty complete portrait of the Galaxy S9 and Galaxy S9+. Now a new leak has arrived indirectly through Samsung itself to add some finishing touches.

XDA Developers and a Reddit user recently dug into Samsung’s Unpacked 2018 app which it released to the public a few days ago. They discovered a hidden feature which can be activated by scanning a lanyard for the MWC event which allows people to view the Galaxy S9 in augmented reality (AR).

Through some trickery, the Redditor managed to extract the 3D models and see what the Galaxy S9 would look like in a person’s hands. The design doesn’t come as too much of a surprise since there have been plenty of authentic-looking renders around to show off the phone in all its glory.

Still, it’s interesting to see what the Galaxy S9 will look like in a person’s hands, even if the AR aspect does feel a bit gimmicky. It might be nice if Samsung allowed anyone to do this, not just people with lanyards around their necks.

XDA Developers notes that there’s a new flash setup on the Galaxy S9 which looks similar to Apple’s quad LED flash system. The heart rate monitor appears to have gotten an upgrade too. There’s also a hole at the bottom right which is seemingly part of the AKG-tuned dual speakers.

The Galaxy S9 and Galaxy S9+ will go beyond the land of augmented reality into actual reality on February 25. Prices are expected to skyrocket this year, with speculation pointing towards a $850 starting cost.