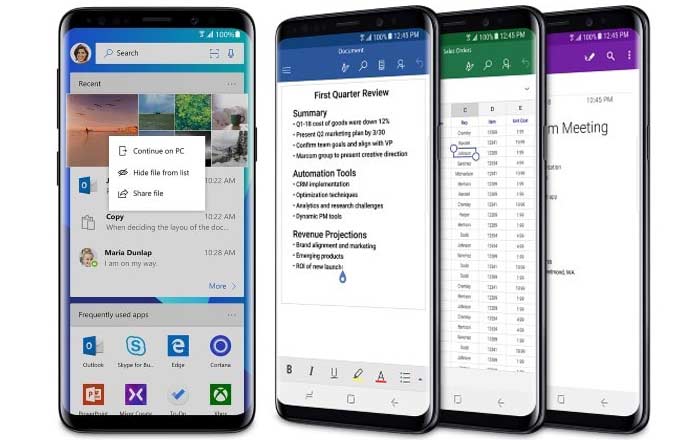 Just like last year, Microsoft has decided to sell a special Microsoft Edition of Samsung’s latest flagship phones. The Galaxy S9 and Galaxy S9+ are both up for pre-orders on the tech behemoth’s site and due for release on March 16.

You might assume that a Microsoft Edition of the Galaxy S9 would feature Windows 10 Mobile inside, but that’s not the case. Instead, it runs on plain old Android 8.0 Oreo with a sprinkle of pre-installed Microsoft apps like Word, OneNote, PowerPoint, Excel, Cortana, Microsoft Launcher, and Skype.

The idea is that you’ll have all the Microsoft apps you need straight out of the box without having to go to the Play Store and download each of them one by one. The good news here is that the company isn’t charging extra for this service. The Galaxy S9 and Galaxy S9+ are both selling at its standard unlocked price of $719.99 and $839.99, respectively.

The Microsoft Edition of the Galaxy S8 hit the limelight last year when it was revealed that former Microsoft CEO Bill Gates used the phone after having ditched his company’s Windows Phone lineup. There’s not much to these specially customized models other than convenience, but it would make sense if you were going to download these apps anyway.

You can pre-order the Galaxy S9 and Galaxy S9+ via the Microsoft Store.