Samsung’s crown jewels have finally made its debut after an avalanche of leaks threatened to reveal just about every single detail about the pair. The Galaxy S9 and Galaxy S9+ go all-in on the camera, but don’t offer anything particularly new in terms of looks.

In fact, the Galaxy S9 looks just like the Galaxy S8 at first glance. It’s only when one delves into the nitty-gritty’s that the differences pop out. The bezels on the 5.8-inch (S9) and 6.2-inch (S9+) have become slightly narrower, the iris scanner has become more discreet, and there are now stereo speakers tuned by AKG and enhanced by Dolby Atmos for 40% louder sound. 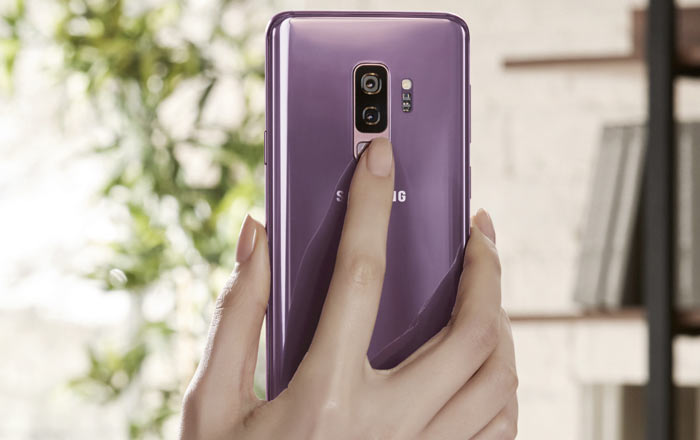 The most obvious design change by far is the fingerprint scanner’s shift in position. It’s now below the camera module rather than awkwardly besides it. This was easily one of the biggest gripes owners had with the Galaxy S8, so it’s nice that Galaxy S9 owners won’t have to go through what they did.

The latter group might not even need to use the fingerprint sensor, as Samsung has introduced a new Intelligent Scan option which combines face and iris scanning. If one fails, the other kicks in. This could be convenient in low-light conditions, but we’ll have to wait and see just how secure it is, especially compared to advanced systems like Apple’s Face ID. Speaking of Apple, Samsung has decided to wade into the world of animated emojis. Unlike Animoji which allowed people to record themselves as popular emoticons like a dog, the South Korean brand’s AR Emoji lets users record themselves as a cartoon version of themselves. The results are a lot like Snapchat’s Bitmoji, complete with a list of stickers to send in messages.

While the selfie camera transforming people into 3D cartoons is the same 8MP f/1.7 lens as last year, the rear 12MP one has gotten major upgrades. It now boasts of variable f/1.5 and f/2.4 apertures which Samsung likens to the movements of an eye. The first opens wide to let more light in and is ideal for challenging environments when there’s little light to be had. 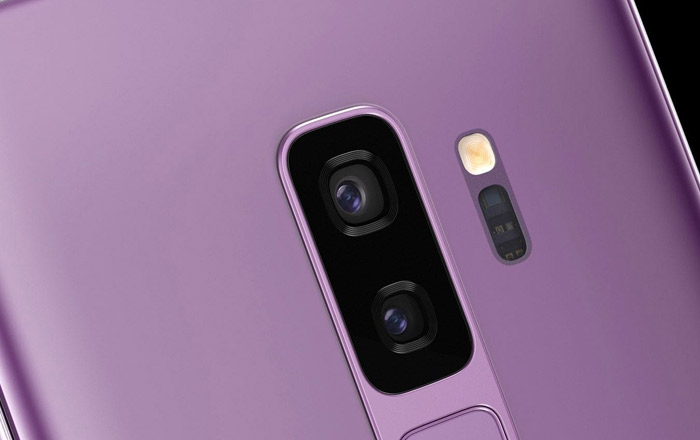 The second keeps things more focused to come out strong in daylight and overly bright surroundings. The Galaxy S9 combines Dual Aperture with multi-frame noise reduction, Dual Pixel autofocus, and OIS. The Galaxy S9+ offers the same, but gets an extra 12MP Telephoto lens to play around with.

The addition allows for live focus and bokeh filters to keep the foreground sharp and the background blurred, plus 2x optical and 10x digital zoom. Both Samsung handsets can shoot Super Slow-mo HD videos at an impressive 960fps. A Motion Detection tool automatically senses when there’s action about and shoots that particular moment in 960fps. 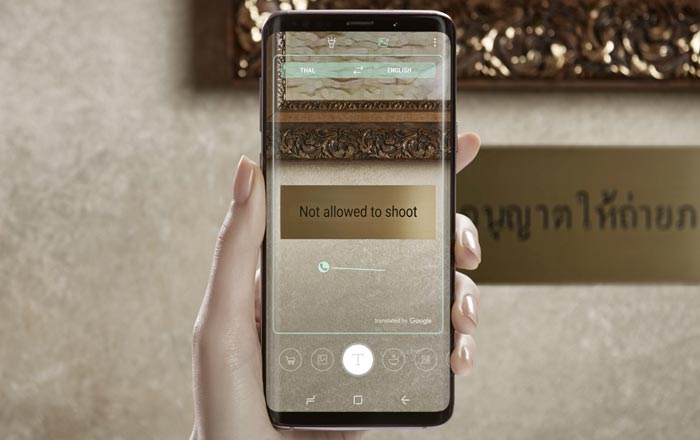 Like Samsung’s previous flagships, the Galaxy S9 duo come certified with IP68 protection against dust and water. The 3.5mm headphone jack is still around, as is the Bixby button. The assistant can now provide real-time language translations, tell users how many calories are in their lunch, and look for items from the real world online.

The US will be getting the Snapdragon 845 model, while most other markets will receive the Exynos 9810 SoC. Indian rates for the Galaxy S9 and Galaxy S9+ haven’t been revealed yet, but the phones can be pre-booked at Rs 2000 via Samsung’s Indian site.