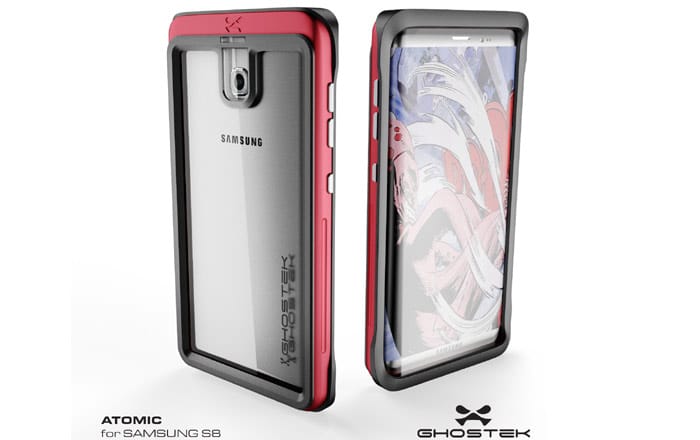 The Galaxy S8 was reportedly captured in a hands-on shot last week, confirming multiple theories about Samsung getting rid of its home button and opting for a nearly bezel-less design. Now a new render from case maker Ghostek serves to further verify these rumors.

The image in question showcases the alleged Galaxy S8 inside Ghostek’s Atomic 3 waterproof case. A source told BGR that the photo is based on actual data obtained from factories where the smartphone is being manufactured. It should be noted the publication itself was not able to verify these claims.

Case makers usually get their hands on early information about a phone before it’s launched in order to have covers ready as soon as it goes official. If accurate, it looks like the Galaxy S8 could indeed be shipped without a home button. Given that the render’s back doesn’t have a fingerprint scanner, it’s possible the brand is going to integrate the sensor beneath the front display.

Moreover, Samsung may be going for a curvy Super AMOLED display that appears to wrap itself around the edges. Unfortunately, Ghostek’s case obscures the extent to which the panel stretches itself. Past rumors have asserted that the company is going to equip the flagship phone with a QHD resolution screen that may be offered in 5-inch and 6-inch sizes.

There’s even talk that Samsung is going to sell a pair of wireless headphones and a stylus pen alongside the handset. The former might be launched to make up for abandoning the 3.5mm headphone jack, while the latter is probably meant to appeal to Note fans.