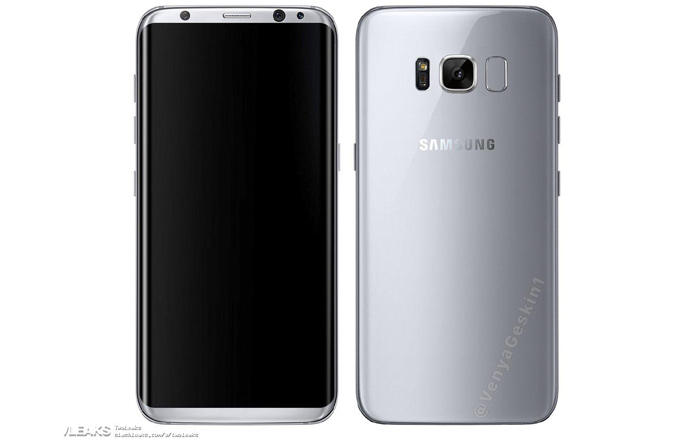 The Galaxy S8’s official press render has apparently surfaced online, just a day after a hands-on image of the device came to the fore. Both photos look very similar, right down to the camera module and rear-facing fingerprint scanner.

However, the person behind the new press render appears to be Veniamin Geskin, a known concept artist. It’s possible the picture is his own creation rather than directly sourced from Samsung itself. The device depicted notably differs from earlier photos of the Galaxy S8’s front glass panel when it comes to the number of sensors along the top of the phone.

In any case, the fresh leak is probably a good indication of what the Galaxy S8 will look like. A separate report out of China alleges that the smartphone will carry an unusual resolution of 2960 x 1440p, as opposed to the standard QHD figure of 2560 x 1440p.

This increase has probably come about because of the Samsung flagship’s unique 18.5:9 aspect ratio. It also serves to beat the LG G6’s rumored 2880 x 1440p 18:9 panel. The competition between the two will be interesting to watch given both are reportedly coming out with phones with extremely narrow bezels.

While the LG G6 is expected to sport a 5.7-inch display, the Galaxy S8 is expected to be sold in 5.8-inch and 6.2-inch sizes. The latter two are apparently going to maintain about the same dimensions as previous Samsung flagships while featuring much larger screens.

The Samsung Galaxy S8 is probably coming out on March 29. It might hit stores on April 21.