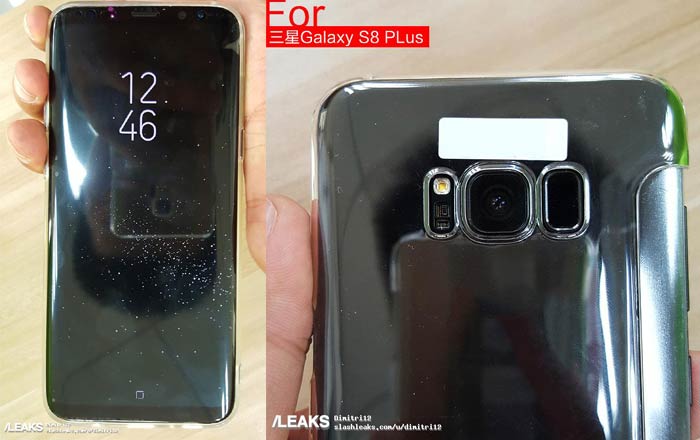 Yet another Galaxy S8 Plus leak has shown up online to provide a better look at Samsung’s next flagship phone. This time, a case maker has shared a number of close-up shots of the handset to showcase all the changes implemented.

First and foremost is the alleged Galaxy S8 Plus’ widely discussed Infinity Display. The term is apparently Samsung’s trademarked name for the nearly borderless look the handset has going. The bezels blend pretty smoothly with the curved display for a seamless look. This expanded real estate has meant that the physical home button isn’t a presence on the front panel anymore.

A tiny square-shaped virtual home button can be seen at the screen’s bottom half. Interestingly, SamMobile posits that Samsung is placing the physical home key on the back of the Galaxy S8 Plus. This theory has come to light recently because the assumed fingerprint scanner seen on the rear side looks a lot like the brand’s signature home unit.

The premise is a bit far-fetched though, since it’s unlikely that Samsung would want users to stretch to the back of the phone every time they want to access the home button. The images also confirm other expected features such as a 3.5mm headphone jack, USB Type-C port, speakers, dedicated Bixby button, and volume rockers.

As for specs, the Galaxy S8 Plus is probably going to carry a 6.2-inch Super AMOLED QHD panel and Snapdragon 835 processor. It was notably spotted on Geekbench a few days ago running the SoC and posting impressive scores in the single-core and multi-core tests.