Samsung Galaxy S8 Oreo rollout gets back on track 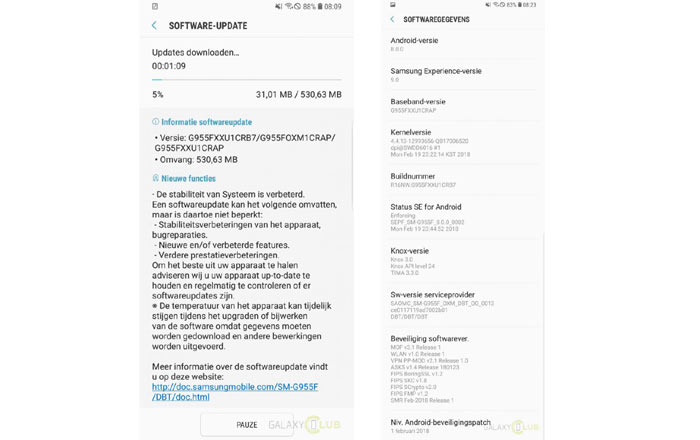 The Galaxy S8 and Galaxy S8+’ Oreo update is finally back on track after Samsung botched the initial rollout of the software. Users in Germany are the first ones lucky enough to get it and other markets will follow suit in the coming days.

To recap, Samsung had begun sending out Oreo to Galaxy S8 and Galaxy S8+ owners at the beginning of February. It then halted the update abruptly without offering an explanation as to why. It later issued a statement clarifying that some users had been experiencing unexpected reboots after upgrading to the OS.

At the time, Samsung said it was investigating the issue internally and would resume beaming out Android 8.0 as soon as possible. This has finally come to pass with the arrival of firmware version G950FXXU1CRB7 and G955XXU1CRB7 for the Galaxy S8 and the Galaxy S8+, respectively.

As evidenced by the screenshot above, the update file weighs in at 530.63MB only. SamMobile reports that this figure is only applicable to handsets which are already on Oreo. People who never transitioned to Android 8.0 in the first round will receive much heavier downloads.

It’s been nearly a year since the Galaxy S8 pair came out, so folks are naturally annoyed that Samsung has taken so long to upgrade its 2017 flagships to Oreo. Now that the pair has hopefully gotten hold of a stable update, the company can move on to the Galaxy Note 8. The brand hasn’t actually clarified when this will happen, but it should occur sooner rather than later.