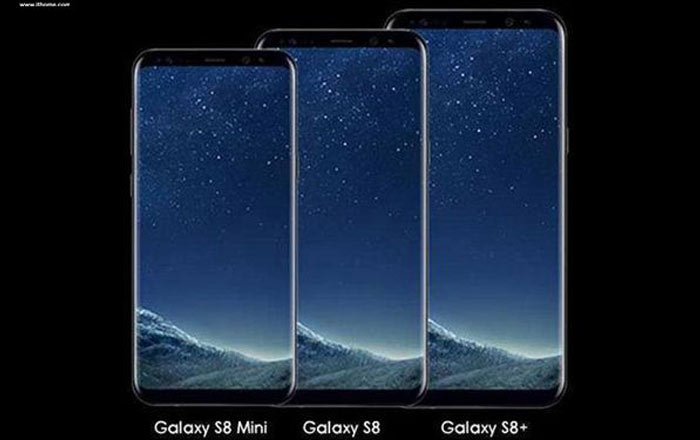 If you’re someone who thought the Galaxy S8 and Galaxy S8 Plus looked great but were too large for comfort, a new rumor out of China is here to deliver some good news. Samsung is apparently working on a mini variant of its flagship phones.

As per ITHome, Samsung’s primary motivation behind releasing a tinier Galaxy S8 is to seize the small-screen smartphone sector. The new model could measure 5.3-inch diagonally, but have the feel of a 4.7-inch phone. Interestingly enough, this pits it directly against the 4.7-inch iPhone 7.

While the Galaxy S8 mini will likely achieve this through a combination of an 18.5:9 aspect ratio and Infinity Display, the report cautions that the bezels won’t be as narrow as the Galaxy S8. Another change may arrive in the form of a Snapdragon 821 processor and not the top-of-the-line Snapdragon 835 SoC found on the original.

Iris recognition might stick around in the compact Samsung offering, but internal storage could get reduced to 32GB. RAM specs will likely stay steady at 4GB. As for photography, the device is probably going to carry the same 12MP Dual Pixel autofocus rear camera.

Samsung has had a history of selling mini versions of its flagship phones, but that practice stopped after the release of the Galaxy S6. The Galaxy S5 mini was the last of its kind, but it looks like the firm is now interested in reviving the product line all these years later.

South Korea could be the first market where the Galaxy S8 mini will be sold. Price and launch dates aren’t available right now. We’ll keep our ears to the ground for anything more substantial about the handset in the days and weeks ahead.