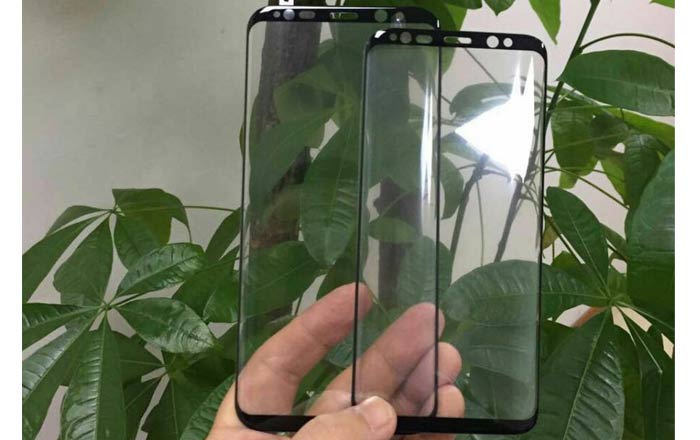 The Galaxy S8 and Galaxy S8 Plus have gotten leaked yet again, this time in the form of a hands-on photo posted by Twitter user @dfordesign. While the image appears to be of the actual glass panels of the handset, it is in fact showcasing the third-party tempered glass screen protectors for the handset.

Based on the live snapshot, the Galaxy S8 and Galaxy S8 Plus will feature extremely narrow bezels, curved displays, and very rounded corners. One notable new aspect can be seen in the array of sensors placed along the top of the handsets. The new holes might be meant to accommodate an iris scanning module.

Iris scanning has been thrown about as a possible feature in the Samsung flagships before. The Galaxy Note 7 boasted of the tool, so it makes sense for the brand to incorporate the feature for its next big release. The extra sensors haven’t been seen before in previous renders of the device, though that could be explained away by assuming that Samsung changed its plans.

Sources told Android Police that these tempered glass screen protectors are a very close match to the real Galaxy S8 and are the best representation so far of the series of phones. An insider also confirmed that the panel’s corners will actually be rounded themselves, a unique trait not commonly seen in smartphones nowadays.

Speculation so far suggests that the Galaxy S8 and Galaxy S8 Plus will be shown off to the press at the MWC 2017 but won’t get a public unveiling till March 29.