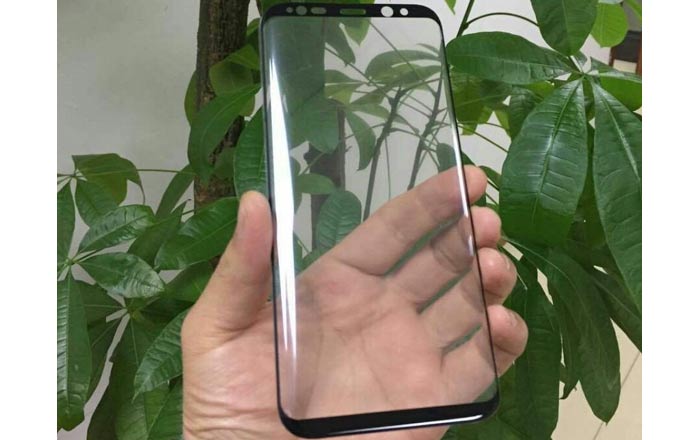 The Galaxy S8 has become the subject of a massive leak which touches upon a number of different specifications of the device inside and out. The handset is apparently going to be launched in late March and hit retailers on or around 21 April.

Two insiders told the Guardian that the Galaxy S8 is codenamed Dream and its bigger variant Dream 2. Both are set to sport dual-curved screens similar to the Galaxy S7 Edge and an edge-to-edge ‘infinity’ display. The panel apparently commands the maximum amount of real estate and leaves out very little room for bezels at the top and bottom.

There supposedly wasn’t even enough space to fit in a logo or brand name on the front. This radical new design has reportedly resulted in the fingerprint scanner moving to the back. The actual dimensions of the screen are unclear as of now, but multiple well placed sources allege that the smartphones will measure between 5-inch and 6-inch.

Interestingly, the two are expected to have either the same or smaller proportions as Samsung’s earlier flagships but with bigger displays. The above photo is seemingly a good representation of what the offerings look like. The devices are probably going to be blessed with the Note 7’s iris scanner and retain the 3.5mm headphone jack.

Under the hood, the Galaxy S8 is getting support for USB Type-C and a faster processor built on the brand’s 10nm technology. Previous speculation has asserted that it’ll pack Qualcomm’s 10nm-based Snapdragon 835 SoC for certain markets and an Exynos CPU for others. The handset may contain 64GB of ROM and support expansion up to 256GB.

In terms of photography, Samsung is likely to retain the Galaxy S7’s duo pixel rear camera while adding incremental enhancements to low-light performance, speed, and photo quality. It might also introduce an object recognition tool which works just like Google Goggles using the power of an AI assistant called Bixby.

The report goes on to talk about an intriguing new accessory for the Galaxy S8 dubbed DeX (desktop extension). The Microsoft Continuum-like dock will apparently allow the device to turn into an Android computer which connects to a monitor, keyboard, and various other peripherals. This is notably the second time talk of such an ability has appeared.

The Galaxy S8 could be announced alongside a fresh Samsung Gear VR headset and Gear 360 camera when it comes out in March. Stay tuned for more on the smartphone till then.