Amid a flood of Samsung Galaxy S8 leaks, a new report out of South Korea has something new to offer that hasn’t received wide publicity before. The handset may feature facial recognition technology, adding another layer of security alongside a fingerprint and iris scanner.

A Samsung official apparently told the Korea Economic Daily that it’s decided to go with facial recognition because of the limitations of iris scanning with regards to speed and accuracy. He claims that the new technology takes less than 0.01 seconds to unlock a phone.

Another Samsung official stated that the mobile business division is already testing Galaxy S8 prototypes. The Investor reports that the company has set a sales target of 60 million units, its largest ever. The handset is expected to go through a significant design overhaul, getting rid of the home button to make way for a larger ‘Infinity Display.’

This bigger screen is on full view in a recent series of hands-on leaks. One depicts the Samsung phone from all angles with a screen protector, another shows a side-by-side comparison of both Galaxy S8 variants. 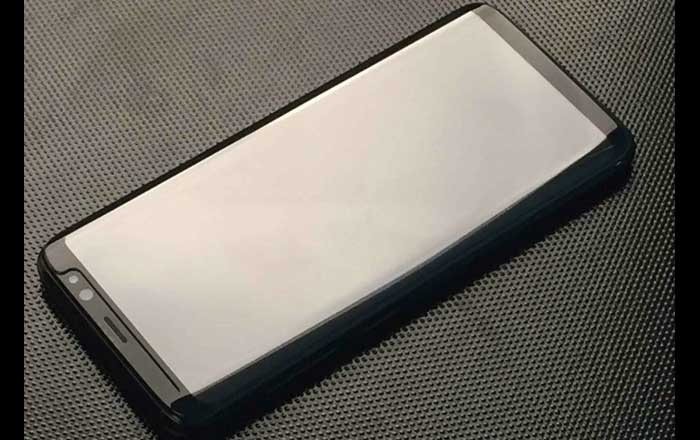 The latter sports the same star-themed wallpaper seen in the alleged official render of the Galaxy S8, increasing the chances of it being the real deal. Moreover, it mostly matches what’s been said about the smartphone so far. Features like a dual-curved screen, bezel-free display, and square-shaped virtual button can be seen.