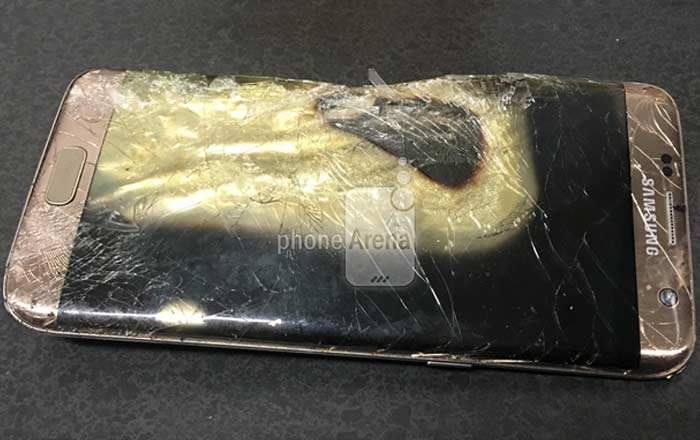 Samsung’s apparently gotten involved in yet another explosion-related scrape wherein a customer left an intact phone for charging and was greeted with a crispy phone later. This time round though, the handset in question isn’t the famously fire-prone Galaxy Note 7 but the Galaxy S7 Edge.

If true, this is clearly very bad news for Samsung. It’s already pouring all its efforts into putting out Galaxy Note 7 fires. To make things worse, the consumer at the center of the case had owned the Note 7 and gone through both rounds of recalls before settling on the Galaxy S7 Edge as a replacement.

A source working at one of the big US carriers told PhoneArena that the customer had claimed that his Galaxy S7 Edge had gone up in flames after he left it charging overnight using the original charger which came with it. He had supposedly gotten the device about two weeks prior.

Also Read: Samsung Galaxy S8 to be delayed because of Note 7 crisis

While there isn’t enough evidence to suggest the Galaxy S7 Edge is on the verge of a worldwide battery crisis of its own, there have been a few instances of the smartphone exploding in the past. A US citizen sued Samsung last month when his unit spontaneously blasted open in his pants. 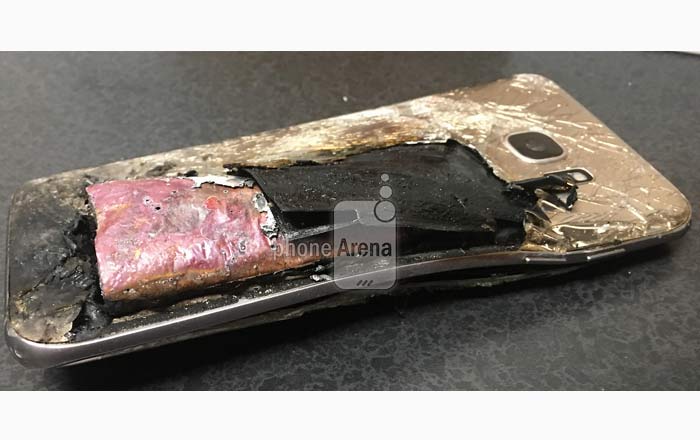 The new spate of incidents may well push away already spooked customers who might be considering the Galaxy S7 Edge as a replacement for the departed Note 7.