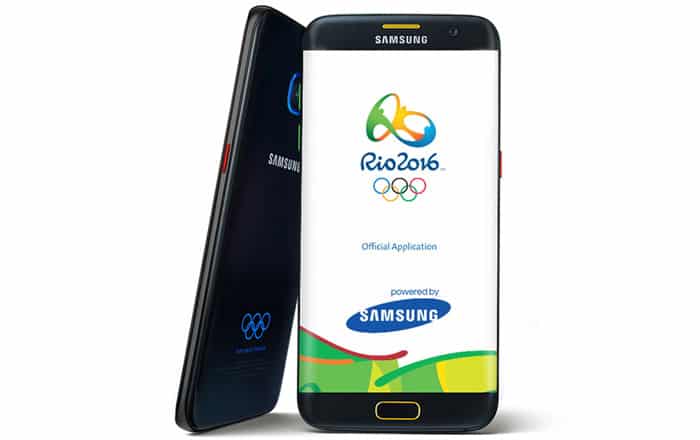 Samsung has officially launched a limited edition version of the Galaxy S7 Edge to celebrate the upcoming Rio Olympics. As such, it’s been regaled in the event’s colors with red, green, yellow and blue accents all around.

This is the second limited edition version of the Galaxy S7 Edge which Samsung has launched in recent times; coming in after a Batman-enhanced model was unveiled a few months ago. Like that variant, the changes in the Olympic Games iteration seem to be mostly cosmetic. It boasts of the same high-end features which the regular one carries.

The Galaxy S7 Edge Olympic Games Limited Edition is distinguished from the original by virtue of being sold in a textured limited edition box and having an individual identification number stamped on it. It also comes with the Rio 2016 app preinstalled, in addition to Olympic-themed wallpapers.

Even the UI has been given an Olympic makeover, so users can call, message and get notifications in the spirit of the games. Samsung is planning to give away the handset to all 12500 athletes competing in the Rio 2016 Olympics. They’ll also be getting a pair of the brand’s new Gear IconX cord-free earbuds.

As for regular consumers, Samsung is only producing 2016 units of the Galaxy S7 Edge Olympic Games Limited Edition for them. It’s going to sell the smartphone across selected countries including China, the US, South Korea, Brazil and Germany from 18 July. It’s already up for pre-orders in the last priced at €879 (roughly $971).