The Samsung Galaxy S7 Active was first spotted a few months ago lurking inside a list of supported devices in an app. Fast forward to the present and there is now actual physical evidence of the phone in the flesh.

The new set of live photos shows off the Samsung Galaxy S7 Active from all angles. The smartphone screams toughness any which way you look, right from its rubber sides to its green camouflage back. It’s clearly meant to be an all-weather type of phone that will probably be equipped with military-grade MIL-STD-810G protection and IP68 certification.

As for the authenticity of the images, it does fall in line with previous leaks which had alleged the phone would be an AT&T-exclusive offering and carries the model number SM-G891A. The former’s symbol can be seen underneath the camera module, while the latter number can be distinguished in the label below it. 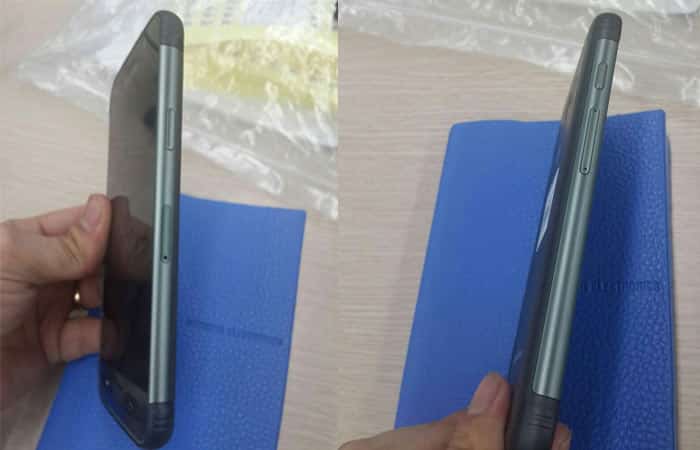 Further adding to the photos genuineness is the Galaxy S7 Active moniker which can be seen further down south. Rumors hint that the rugged handset will offer almost the same set of specs as its regular version. This could translate to top-of-the-line features like a Snapdragon 820 processor and 4GB of RAM.

Also Read: Samsung Gear VR can be yours at just Rs 990

One area which the Samsung device could differ from the standard model is in the battery department. The previous Active phone had packed a bigger battery than its flagship cousin, all the better to last longer under tough conditions where there’s no source of power.

The Samsung Galaxy S7 Active also appears to have 3 physical buttons on its front surface. The design is a tad different than its predecessor, with each button getting its own separate ring. We’ll keep you updated on any new information regarding the durable handset till it gets officially launched.