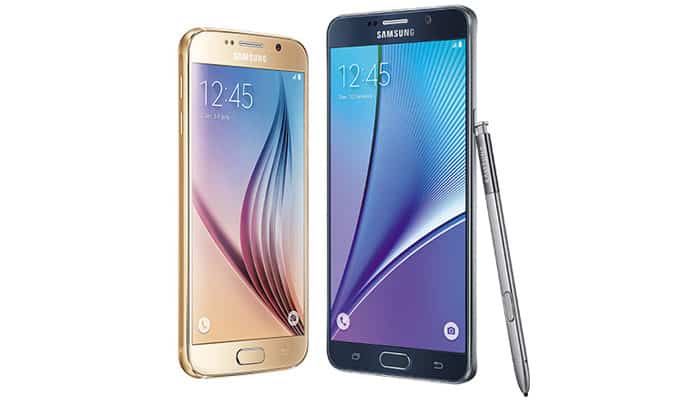 Samsung has announced a new Make in India celebration for a number of its products till May 15. The South Korean brand is notably selling a number of its phones at a discount, with the Galaxy S6 and Galaxy Note 5 being offered at Re 1.

As is usually the case with such schemes, there’s a catch. As per the rules, the Samsung Galaxy S6 and Galaxy Note 5 can be bought at Re 1 initially but have to be paid for over the course of 10 EMIs through Bajaj Finserv or Capital First. The amount to be forked over is Rs 33900 for the former device and Rs 42900 for the latter one.

If that doesn’t prove to be appealing to consumers, there’s also provision for ‘No Extra Cost’ EMIs from leading banks and issuers. There’s some flexibility here as people can pay for either Samsung handset in 3, 6, 9 or 12 month tenures. The company is also looking to sweeten the deal by throwing in a 10% cashback offer on debit and credit cards for both EMI and non-EMI transactions.

Other highlights of Samsung’s Make in India celebrations include a free Galaxy Tab bundled with its refrigerators and up to 20% in cashback for its TVs. Its UHD 4K flat smart TV is additionally being sold with a free HT-J5100 home theater worth Rs 19900 and a Smart Card connection worth Rs 6500.

You can check out all the above deals on Samsung’s offer page.