It’s no secret that a Samsung Galaxy S6 Edge Plus model is going to be unveiled by the South Korean giant along with its Note 5 phablet. While there has been enough proof about the latter over the past few days, the former was seemingly out of action. Until now, that is.

A dummy model of the Samsung Galaxy S6 Edge Plus has been pictured sitting alongside the current-gen Galaxy Note smartphone. This has been done in order to demonstrate the large size of the upcoming device, as it would seem like the regular S6 Edge without something for scale.

German website All About Samsung has come up with this new series of images that gives us an early glimpse of the large phablet with a dual-curved display. It was believed to be called the Note 5 Edge, but since there is no S Pen support on it, the company has preferred not to classify it under its famous range. 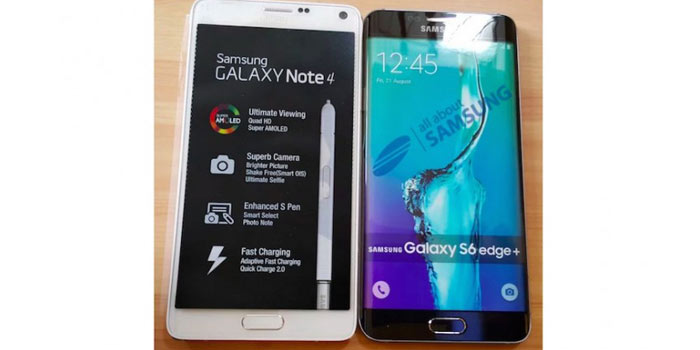 The rear of the device is extremely similar to that of the S6, and same is the case with its sides. The Galaxy S6 Edge Plus is expected to grab a 5.7-inch Quad HD display with both its longer sides slightly tapering to give it a unique feel. A 16MP main camera and a 5MP selfie snapper will apparently be present on it as well. 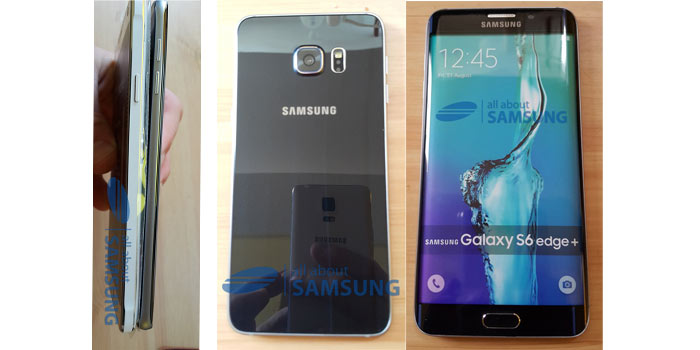 Samsung usually unveils its second flagship range in September every year, but it seems it wants to counter the launch of the iPhone 6S range this year by unveiling the Note 5 and the S6 Edge Plus in August itself. This should definitely help it better compete with Apple’s upcoming devices.

August 12 is believed to be the date that has been reserved by the company for unveiling the Samsung Galaxy S6 Edge Plus and the Note 5, but an official announcement on this matter is yet to arrive.