The Samsung Galaxy S6 Edge Plus and Galaxy Note 5 have been leaked yet again through brand new photos which offer a good look at both smartphones. Admittedly, these are not as sharp as the images which sneaked out through All About Samsung last week, but who doesn’t like an unofficial peek at upcoming devices?

From the outside, it’s almost impossible to tell the difference between the Samsung Galaxy S6 Edge Plus and the regular version that was launched in April 2015. But the new phone’s supposed to be bigger considering its larger (rumored) screen size. Even the Galaxy Note 5 seems barely distinguishable from its predecessor.

But take a closer look at the area above the screen and you’ll see the changes in the placement of the front sensors and camera. Before this, the dummy model of the Galaxy S6 edge+ allowed us a glimpse of what the real thing might look like. And even before that, the cases for the two Samsung devices were outed via accessories distributor MobileDirect. 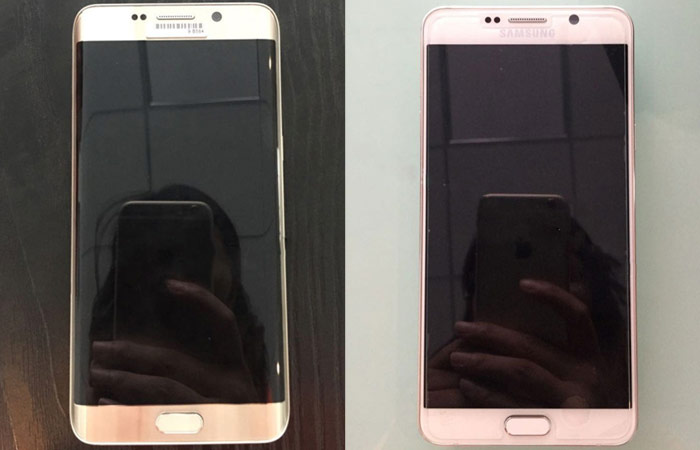 As seen in the photographs which seem to have been taken through an Apple iPhone, the model number of the Galaxy S6 Edge Plus is SM-G928A. It runs on Android v5.1.1 Lollipop and basically appears to be a larger version of the Edge. According to The Korea Herald, Samsung has set a launch date of August 13 for the two hotly anticipated smartphones.

They will supposedly be unveiled in New York on the said day and invites are making their way to various partners and customers. Samsung plans to roll out the larger variant of its Galaxy S6 Edge with much more advertising fanfare than the Note 5. The former is expected to be made available all across the globe, while the Note 5 may be headed for select markets. 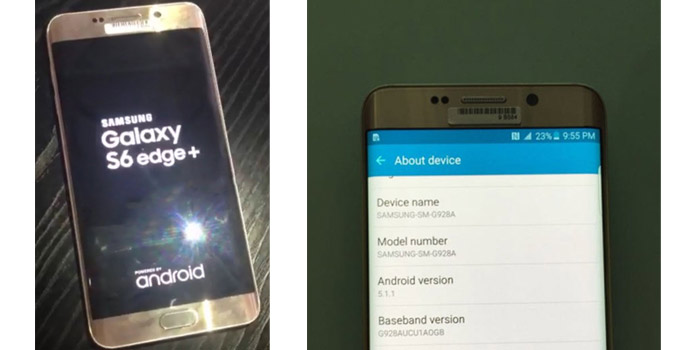 The Edge Plus is rumored to carry a 5.7-inch Quad HD display, a 16MP camera on its back and a 5MP front-facing lens. It may be powered by an Exynos 7420 processor and 4GB of RAM, just like the Galaxy Note 5. If the latest images posted by Mobile Fun are genuine, then the latter clearly shuns any notion of a curved screen. But it is likely to come with S Pen support.

The Samsung Galaxy Note 5 is reportedly going to feature a 5.8-inch display, a 4100mAh battery and the aforementioned Exynos SoC. Korea and the US are two betting favorites for the select countries in which it may be launched. Even if Samsung puts much more campaigning effort behind the S6 Edge Plus, industry experts think its success is not guaranteed. 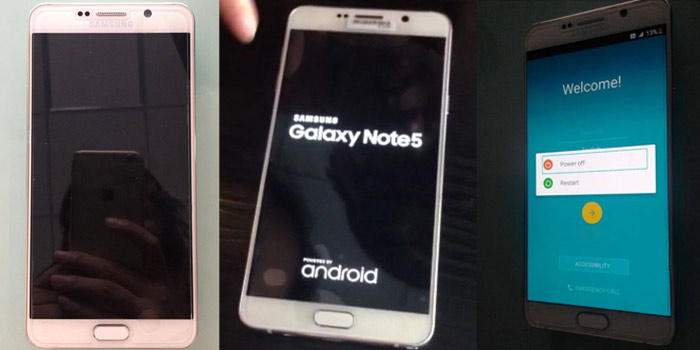 As we noted in our review of the Samsung Galaxy S6 Edge, the fetching facade that the dual edge display lends the phone doesn’t make up for how gimmicky it feels. We can only wait and see what the company has in store for us this August 13.