After much teasing online, Samsung has finally taken the wraps off its Galaxy S6 Edge Iron Man limited edition smartphone. The handset is designed through partnership with Marvel and obviously, it’s based on the metal-clad Avenger featuring the same color scheme as the Iron Man suit.

In our review of the Samsung Galaxy S6 edge, we called it the best looking smartphone from the South Korean company till date. The Iron Man limited edition release, however, makes the device look all the more premium and the rich red paint job with gold for the sides is what’s responsible for this.

While the phone’s design hasn’t been changed, the rear now features the Iron Man logo and Samsung is also throwing in a custom theme to blend in with the custom look. What’s more, the handset comes in a luxurious packaging and is accompanied by a clear cover case as well as a custom wireless charger that’s modeled after the chest piece used in the Iron Man suit. 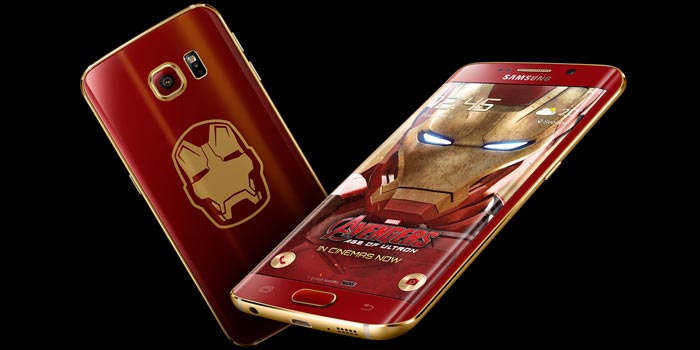 This version of the Galaxy S6 Edge has 64GB of onboard storage and no alterations have been made to the hardware. You get a gorgeous 5.1-inch 2K Super AMOLED display with dual curves on the front and a powerful Exynos 7 octa core processor delivering the steam from the inside. 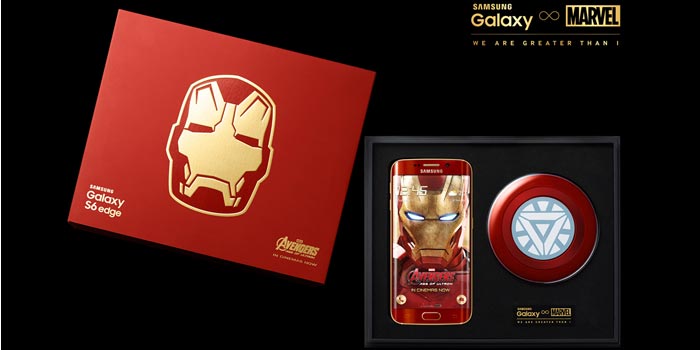 The Samsung Galaxy S6 Edge Iron Man limited edition will be made available in select locations only. The device will go on sale in Korea from tomorrow and will reach China as well as Hong Kong sometime in June. No price details have been revealed as yet.