Leaks on the Samsung Galaxy S6 are of no shortage, but we really haven’t been seeing much on the Edge variant which will reportedly come with curves on both sides of the display. Well, the handset has decided to make an appearance via a popular benchmark suite and it has left behind quite an impression.

PhoneArena is reporting that MyDrivers have managed to get its hands on images of the Samsung Galaxy S6 Edge in the AnTuTu Benchmark database. The post notes that the handset got benchmarked under its SM-G925W8 model number and has managed to achieve a remarkable score of 60978 which is the highest we’ve seen from an ARM-based device. 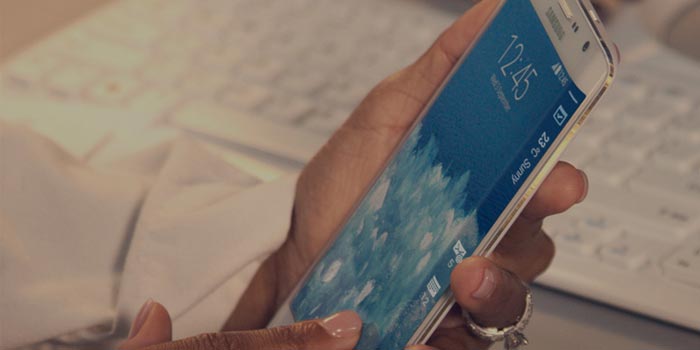 The information provided highlights that the Samsung flagship will continue to offer a 5.1-inch display and it’ll be a 2K Super AMOLED panel as previously rumored. And the latest Gorilla Glass 4 protective coating from Corning will also be onboard. Coming to the processor, Qualcomm more or less confirmed that the company ditched its latest Snapdragon 810 chip for its own silicon.

Instead, the company will be using its own 64-bit octa core SOC based on the 14nm process. Based on the leak, the chipset will be the Exynos 7420 with Mali-T760 graphics. The image below shows where the new SOC excels over the Exynos 5433 fond on the Note 4. 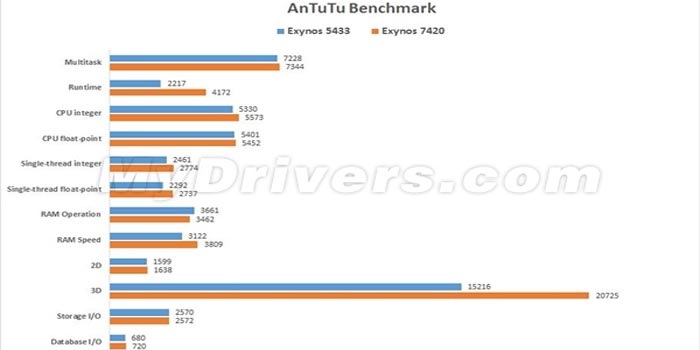 As with the Note 4 and its Edge model, the Samsung Galaxy S6 and its Edge version will also share similar hardware. You can expect to see both phones and a lot more go official on March 1.