Samsung has been very swift with updates for its Galaxy S6 and S6 Edge smartphones if compared against past flagships, and it has kept this streak on by releasing the Android 5.1.1 release for the two devices now. And of all the models, it has managed to reach T-Mobile devices in the US first.

Usually, carrier-branded handsets from the said country are the last ones to get software updates from big companies, but that’s not the case this time around. It has been reported that the Android 5.1.1 builds are indeed live now for T-Mobile’s Samsung Galaxy S6 and S6 Edge variants.

SamMobile has disclosed some of the main new features included in this download. It of course fixes a few bugs in the previous software, while it even introduces an iPhone-like parallax effect for its wallpapers. An option to remove the S Finder and Quick Connect buttons from the notifications shade has been added as well. 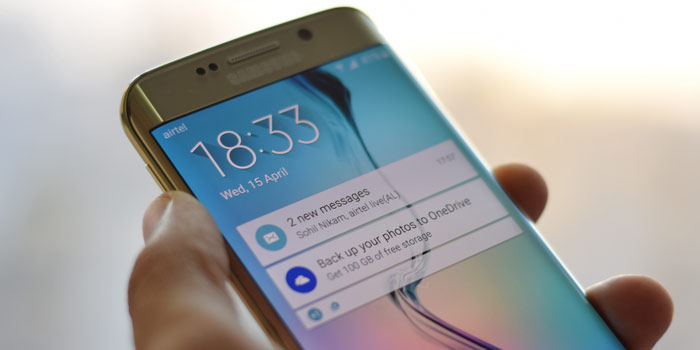 A very simple exposure control system has made its way into the Samsung Galaxy S6 range with this update. However, there’s still no word on whether or not it includes RAW support for its images. The possibility of this feature being present in the download is very high though.

A neat look at the main specs of the Samsung Galaxy S6 and S6 Edge:

Like we said, it’s only the T-Mobile versions of the Samsung Galaxy S6 and S6 Edge which have received this Android 5.1.1 update till now, but other models are bound to follow soon.