It was just yesterday that we seen the extra rugged Xcover 3 smartphone go official and now, we’ve got the first concrete details on the highly anticipated Samsung Galaxy S6 Active smartphone. A report has popped up claiming to have a good deal of specs and other information.

The Galaxy S5 offered a water-resistant design which was well received by fans, but not everyone was digging the overall look. All that changed when the Samsung Galaxy S6 and S6 Edge handsets went official, albeit neither of the two devices offer water resistance. Knowing the South Korean conglomerate, an Active model is no doubt in the works and according to SamMobile, it’ll arrive with the model number SM-G890A. 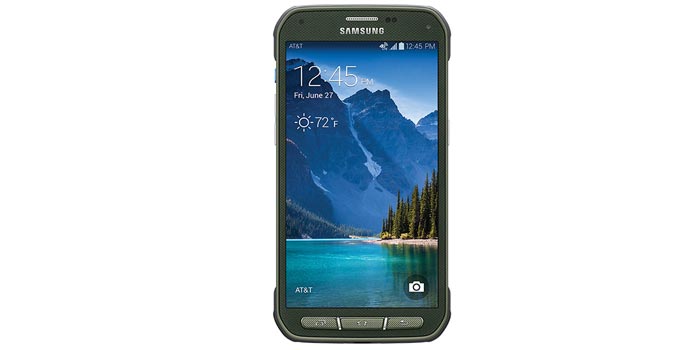 This version will basically be headed to AT&T in the US and other carriers might also get the rugged Samsung device, but there’s no information on that front. Like last year’s model, the upcoming smartphone will continue to offer the same great feature found on the main flagship with a durable exterior.

Hopefully, this time we may see a more appealing design. There’s no word on what standards the Galaxy S6 Active will meet for water and dust resistance, but there’s a good chance that it’ll come with a 5.1-inch Super AMOLED 2K display and the same 5MP front/16MP rear camera setup as seen on the regular model. You can also expect the same processor and memory provisions, but a larger battery of 3500mAh.

The Samsung Galaxy S6 Active is expected to go official in the next couple of months.