Samsung Galaxy S6 Active will also have a QHD display

Samsung’s current flagship smartphones are great, but they lack the water-resistant design introduced by the Galaxy S5. As you probably know, there will be a Galaxy S6 Active variant for this year as well, to deliver the extra durable features you so much desire.

A lot of details on the handset are already known, but we can now confirm that the phone will have a QHD 2560 x 1440 pixel display just like its siblings. The Samsung Galaxy S6 Active which carries the model number SM-G890A was recently spotted in a user agent profile on the company’s website confirming the screen resolution.

It was Napidroid that managed to come across this information. The 2K panel here is, of course, an AMOLED screen as we don’t expect to see Samsung use an LCD for its flagship series. Additionally, the display is one of the biggest selling points of the Galaxy S6 series. 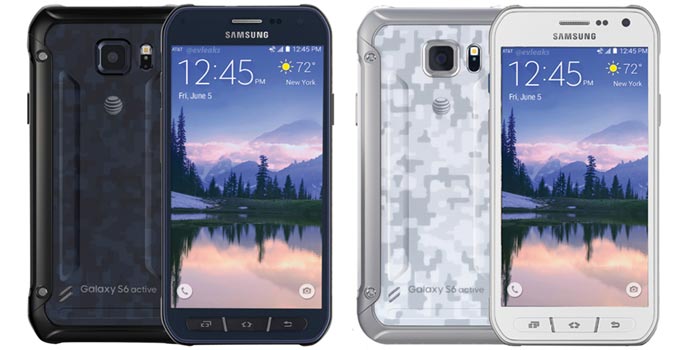 The image you see above comes via @evleaks and it shows what the Galaxy S6 Active will look like at launch. The company hasn’t changed much compared to last year’s model and the camouflage design is still present as well. While the main hardware should be similar to that of the current siblings, we hope that the company has thrown in a removable battery and a microSD card slot on this model.