The Samsung Galaxy S5 Prime just got a lot more confusing with the latest reports. On one side, there’s the possibility of the phone arriving as the Galaxy Alpha and on the other end, a report states that the device might go official under the originally leaked Galaxy F branding. Also, the handset was previously spotted in Korea as S5 LTE-A.

Let’s start off with the Galaxy Alpha’s story. PhoneArena is reporting that SamMobile’s editor-in-chief recently tweeted the possibility of the Samsung Galaxy S5 Prime being rebranded to the said name. To add credibility to that information, the company recently filed a trademark application in the US for the branding, which means that a device of that name is planned for the future. Whether it will be released is a different question altogether. 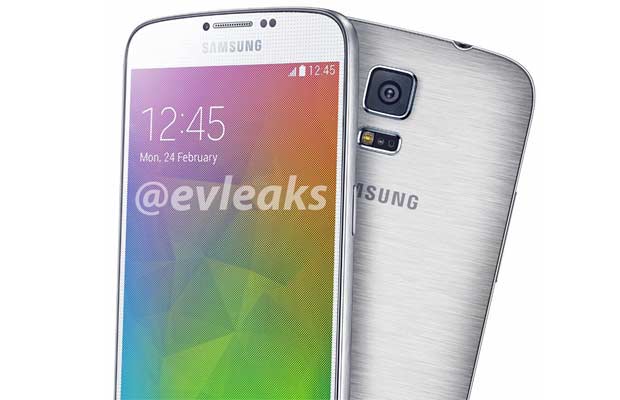 Then we have the Galaxy F which was the first known name for the S5 Prime. @evleaks has shared this information claiming to have received it from a tipster, stating it to be unconfirmed and unreliable. Still, we’re covering all possibilities. The report also mentioned that the device will be launched at the company’s Unpacked 2 event and it would have a 5.3-inch display.

The most interesting part here is that the phone’s launch will mark the end of the flagship S series. And if this is true, there isn’t going to be a S6 next year. The tipster even sent in an image (see above) which doesn’t have the dimpled texture on the rear panel (see below) as previously leaked, but a brushed metal look. 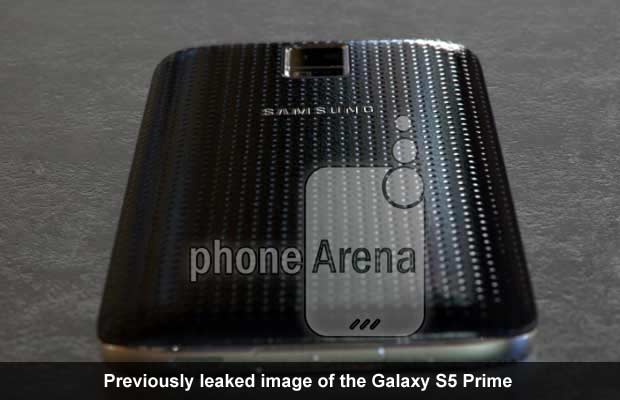 Most of these rumors on the Samsung Galaxy S5 Prime may not be true, but one thing’s for sure is that the company’s is working on a premium smartphone which could go official sometime this month.

Facebook
Twitter
Pinterest
Linkedin
ReddIt
Tumblr
Flip
Previous articleHTC One M8 on Verizon hopes to look dashing in red and gold, new hues coming this June 5
Next article32GB Moto X and Developer Edition get $100 off in US through June 5