Another day and a little more about the Samsung Galaxy S5 leaks. If a certain Amazon listing is to be believed, then we’ll be seeing a regular version of the smartphone as well as a premium Prime variant. And one of these appears to have no home button below the screen.

But before we wax eloquent on that, we thought you might like to see the Unpacked 5 video Samsung has just released for its big unveiling at the MWC in Barcelona on February 24 (20:00 CET). If you want to read into it deeply, the teaser seems to hint at the waterproof feature of the smartphone.

Cases and accessories maker, Spigen, has this page on Amazon showing off coverings for the upcoming Samsung Galaxy S5. What’s interesting is that it says the cases are designed for the said smartphone as well as its Galaxy S5 Prime sibling. Also, can you spot the difference in the phones when comparing the two pictures below?

As Phone Arena points out, one device is slightly smaller than the other. Additionally, the larger one is bare of the home button that is normally placed just below the screen. But the speaker grille which is usually seen above the display is also absent here. We think it could have to do with a Photoshopping error. 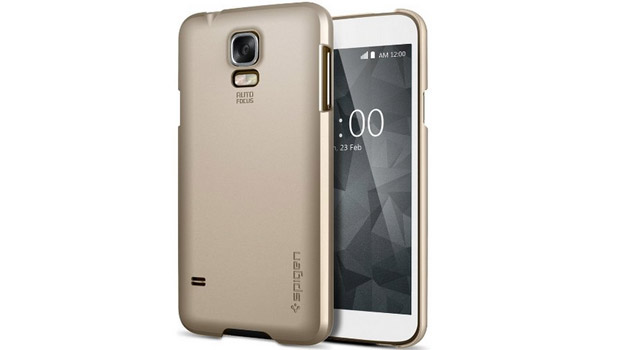 Whatever the case may be, two variants of the upcoming flagship won’t surprise most people. Stories about Samsung’s plans to take a leaf from Apple (iPhone 5S and 5C) have been circulating for some time after all. The Amazon listing also reveals dual LED flash below the camera. And going by the Unpacked 5 teaser, the smartphone/s will have awesome photography capabilities. 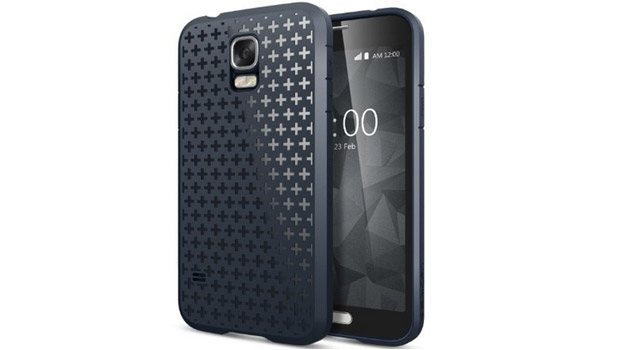 The release date of the Galaxy S5 is supposed to fall in mid-March according to the latest reports. In the mean time the February 24 MWC event should fill you up on what to expect when you buy it.