Much to the delight of fans in the UK, Samsung has let out an official word that the Galaxy S5 will be hitting pre-order status on March 28 through the company’s e-store and the Stratford Westfield Experience Store. Pricing still remains under the shroud, but we’ve got some retail values which can be considered right now.

According to what’s being said on the Internet, the Samsung Galaxy S5 will be made available at a price between €600 and €700. This means its cost in the UK should hover around £500 to £600. These rates of course apply to the SIM-free models. Unlocked Mobiles has already listed the device at a price of £549.98. The S5 will be made available on-contract as well, through EE, Vodafone and Three at least. 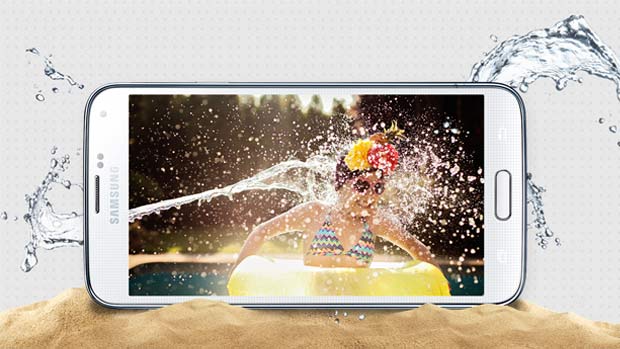 Following UK’s full initiation into the 4G arena recently, the Samsung Galaxy S5 will be arriving in the form of its LTE version here. Unveiled at the MWC last month, this fifth-gen Galaxy smartphone features water and dust resistance and grabs hold of a fingerprint scanner as well, for privacy purposes. Moreover, the device even houses a built-in heart rate monitor for fitness freaks to keep themselves in shape.

UK customers can head on over to the company’s official site in order to register their interest for pre-ordering the Samsung Galaxy S5 immediately after it’s made available.

Here’s a detailed look at its main specs: