While launching the Samsung Galaxy S5 at the Unpacked event at the MWC in Barcelona, the South Korean manufacturer refrained from mentioning that like its immediate predecessor, the gadget will arrive as an octa core version as well. However, with an infographic posted on its official blog, Samsung has made it amply clear that a model featuring its Exynos SoC is very much in the works.

The infographic basically portrays the evolution of the S series of smartphones from Samsung. In the processor section, it clearly shows a 2.5GHz quad core chip which is the Qualcomm Snapdragon 8.1 SoC, as well as a 2.1GHz octa core chipset. Nothing else has been mentioned about the latter though and it is likely to be present in the device’s international version meant for non-LTE markets. 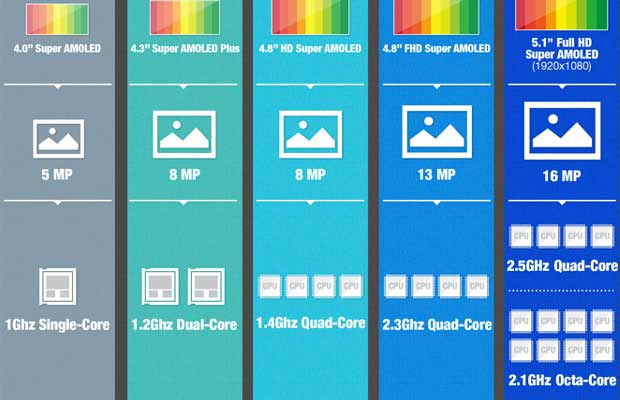 This smartphone looks a lot like the Galaxy S4, but is slightly bigger as it accommodates a 5.1-inch multi-touch screen on its front panel. It features a fingerprint sensor just like the iPhone 5S and borrows the dust- and water-resistance features from the Sony devices. The Galaxy S5 attributes its ability to deliver an intuitive interface to the Android KitKat 4.4.2 OS.

Powered by a 2800mAh battery, the phone boasts of employing Ultra Power Saving mode and should manage to cough up the juice for talk time of close to 21 hours. You can pick it up in shades like charcoal black, shimmery white, electric blue and copper gold and in variants featuring 16GB or 32GB onboard storage. 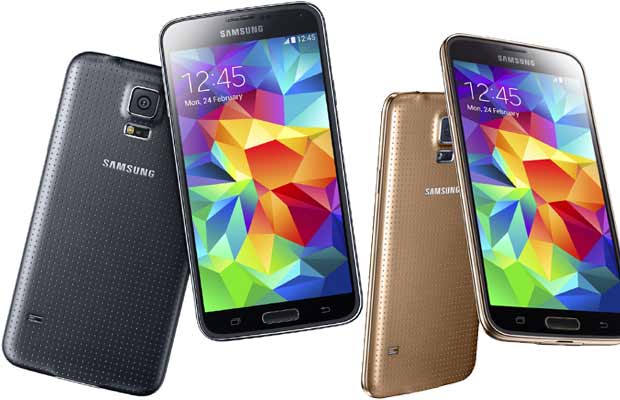 The Samsung Galaxy S5 will be released in April around the globe, but the exact availability details of the octa core model have not been mentioned by the company.

Key specs of the Galaxy S5: