Now that the S5 Active is official, we’re looking forward to the Samsung Galaxy S5 mini and the highly rumored Prime model. The former phone has been leaked multiple times already, but this is the first time we’re seeing it in the flesh through high quality images.

SamMobile is the source of today’s news and it received images of the Galaxy S5 mini from an anonymous tipster. The pictures (see below) look to be the rear deal. They highlight that the handset will feature the exact same design as the flagship model and even the dimpled rear panel. Size-wise, the phone looks to be around 4.5 inches and the heart rate monitor as well as fingerprint reader are onboard as well. 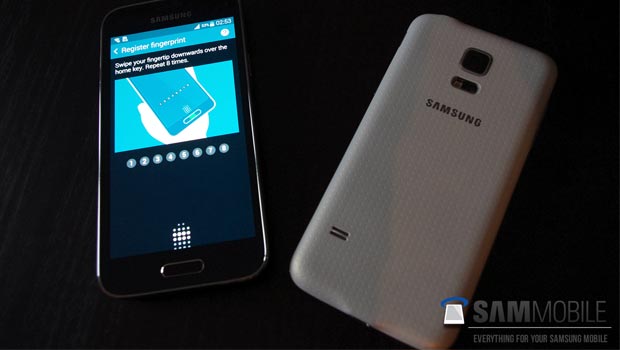 Additionally, the handset is water-resistant as well, but that was already confirmed by the company earlier. What’s worth mentioning is that there’s no flap covering the USB port. The display will have 720p resolution with a Super AMOLED panel. As previously leaked, there will be dual cameras onboard, 2.1MP front and 8MP rear. While earlier reports suggested that the phone will come with a Snapdragon 400 SOC, presumably for the LTE version, the HSPA+ model could feature the Exynos 3470 which is part of the unannounced Exynos 3 Quad family, offering a 1.4GHz clock speed and Mali 400 graphics. 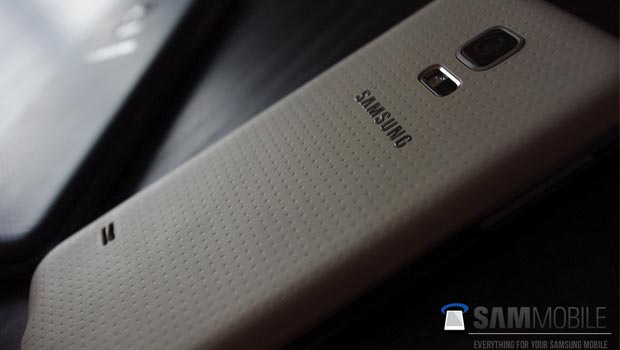 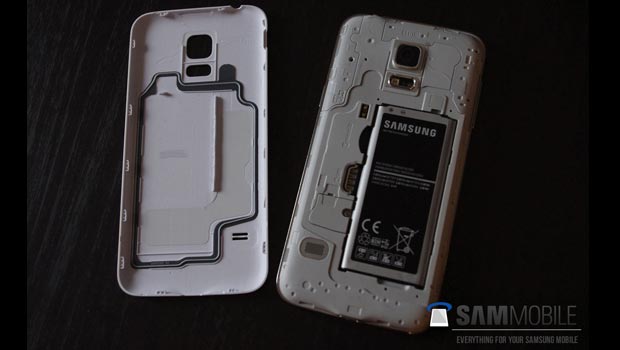 We previously anticipated the Samsung Galaxy S5 mini to go official by the end of this month, but it doesn’t look like that’s going to happen. The company is holding an event on June 12 in New York, so that the best place to look forward to.