Samsung couldn’t beat LG to releasing a QHD display-equipped smartphone, but with the newly launched Galaxy S5 LTE-A it seems to be playing catch up; and that too, in style. This newly launched smartphone bears a higher pixel density than the LG handset and is the first ever device to run on the Snapdragon 805 SoC.

But sadly, the Galaxy S5 LTE-A has only been showcased for Korean markets right, with no hints of a release in other parts of the globe. There are high possibilities that this is the rumored S5 Prime handset that has been making headlines since long. 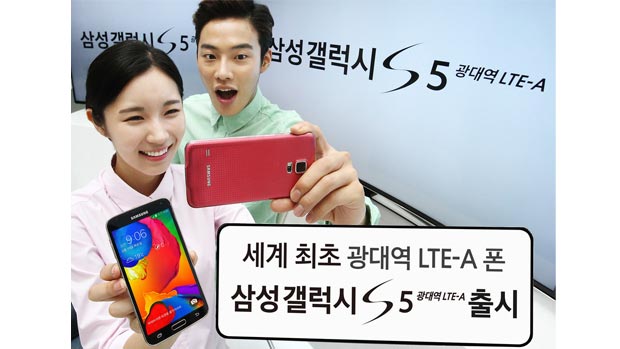 Apart from the fact that it supports Korea’s LTE-A band to offer download speeds of up to a whopping 225Mbps, Samsung has also revealed that it bears a 5.1-inch screen which naturally produces a larger pixel density (577ppi) than the 5.5-inch screen of the LG G3, despite both bearing a 2K resolution of 1440 x 2560 pixels.

The Galaxy S5 LTE-A is fueled by the beastly Qualcomm Snapdragon 805 chipset which possesses a quad core Krait 450 CPU clocked at 2.5GHz. This setup is combined with 3GB worth of RAM. Other than all these additions, everything else is the same as it was on the original S5, including the 16MP rear camera, the fingerprint sensor and protection against dust and water.

A brief look at the specs of the Samsung Galaxy S5 LTE-A: 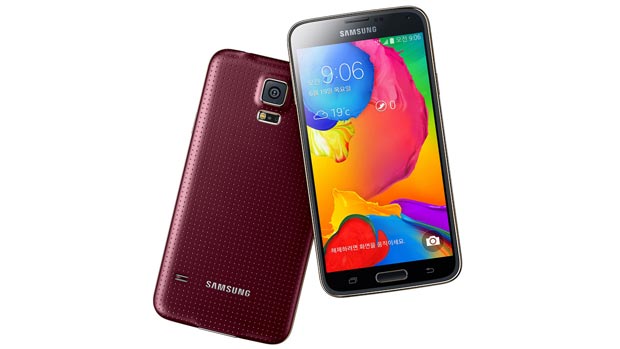 Like we said, the Samsung Galaxy S5 LTE-A will only be released in South Korea as of now. We’ll have more on it when additional details are out.