The Samsung Galaxy S5 LTE-A which has so far entered South Korea and Singapore in the form of two quite different models is soon to be released in Europe, as has been suggested by a number of leaks. But now, a firmware build for the smartphone has crept out into the open, suggesting that its announcement might be right around the corner.

This Samsung handset is meant for latching on to ultra-fast LTE-A networks, and it was first showcased weeks ago as a South Korea-exclusive device. But a few days ago, it was released in Singapore as well, as the Galaxy S5 4G+. It should be noted however, that both these smartphones kick in different specs. 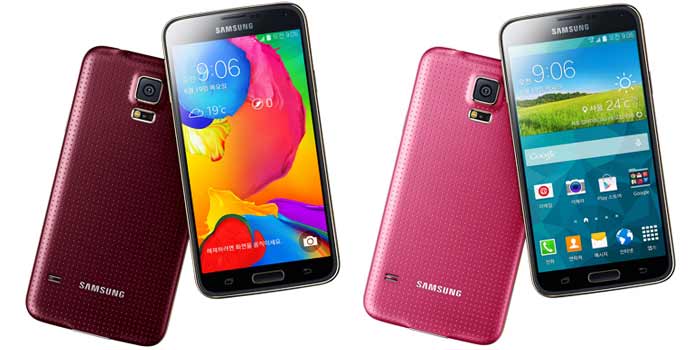 The Korean version is a beastly handset, with a 2K display forming a highlight of its offerings. Moreover, it features a Qualcomm Snapdragon 805 chipset onboard, running a processor clocked at 2.5GHz. Other attributes that include a 16MP camera, water resistance, a fingerprint scanner are retained by the device.

Also Read: Here’s how you can get the Samsung Galaxy S5 LTE-A outside Korea

The model released in Singapore however, grabbed a full HD display onboard and yet featured the Qualcomm Snapdragon 805 SoC. And now we’re hearing that the European variant will offer the same display, but an Exynos 5430 chip.

It’s hard to guess when the Samsung Galaxy S5 LTE-A will actually be unveiled for Europe, but we’ll bring you all the latest details about it as soon as they’re out. Its leaked firmware is available for download through SamMobile.